1 post
Brian Hartzer is the author of "The Leadership Star: A Practical Guide to Building Engagement." He is an experienced executive and leadership mentor who served as CEO of the Westpac Banking Group from 2015 to 2019. Earlier, he spent 15 years in senior executive roles at the Royal Bank of Scotland Group and ANZ Banking Group. Hartzer has also worked as a financial services strategy consultant at First Manhattan Consulting Group in New York, San Francisco and Melbourne, Australia. He is an adviser and investor to several Sydney-based startups, including Quantium, a data-science company. Hartzer, who graduated from Princeton University and is a chartered financial analyst, holds dual U.S. and Australian citizenship. He lives in Sydney, Australia. 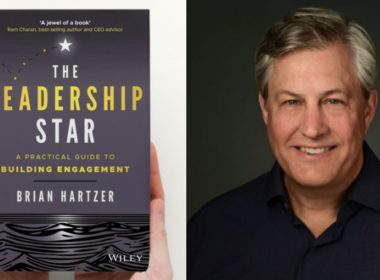 Adapted from “The Leadership Star: A Practical Guide to Building Engagement” by Brian Hartzer ©2021 and is reproduced with permission from Wiley. Learn more. If we’ve learned anything from the Great Resignation, it’s that people want careers, not just jobs. Jobs are easy to quit, while an organization that helps its people build their careers...
byBrian Hartzer