1 post
Barry Sandrew, PhD, serves as director of entrepreneurship at Westcliff University. His career began at Harvard as a research neuroscientist but took a professional turn into feature film production. Today he is recognized as a serial entrepreneur, digital imaging expert and visual effects (VFX) pioneer with over 33 patents and decades of feature film and TV accomplishments including visual effects production for all the major Hollywood studios, TV networks and several cable networks. In his position, he hosts the University's Distinguished Innovator Speaker Series. He also created the IGNITE incubator at Westcliff with five companies resident on campus and he has been instrumental in forming strategic partnerships within prominent funding organizations within the regional entrepreneurial ecosystem while continuing to build an entrepreneurial culture on campus. 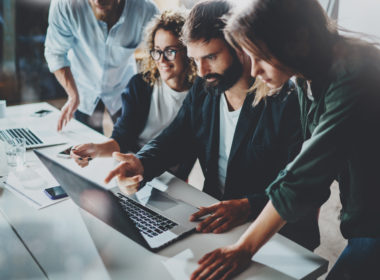 The value of textbooks and lectures delivering theory in a graduate business curriculum is unquestioned, but if there’s one thing we’ve learned over the past two years of the pandemic, in these uncertain times they are not sufficient in preparing students for today’s anomalous real world economic and societal climate. Indeed, taking the living pulse...
byBarry Sandrew