1 post
A lifelong swimmer, Jenny McCuiston is the proud co-owner of the flagship Goldfish Swim School in Birmingham, MI, and cofounder of Goldfish Swim School Franchising, LLC. Recognizing a strong demand for quality swim lessons, Jenny sought out to create a child-focused facility to help kids become more confident and safer in and around the water. As a two-time Olympic Trials Qualifier with a degree in early childhood development and family studies, Jenny serves as the company’s visionary, as well as the thought leader in designing and executing the brand’s proprietary Science of SwimPlay® Curriculum. As a mother of four, basic education surrounding water safety is an aspect that empowers and motivates her to continue to expand the franchise. Jenny is also the brainchild behind Goldfish Swim School’s partnership with the USA Swimming Foundation and the launch of the Float It Forward campaign. Jenny has been featured on the TODAY Show, Reader’s Digest, Romper, Livestrong and many more media outlets to help build awareness surrounding water safety and drowning prevention, as well as to empower women in business to follow their passion. 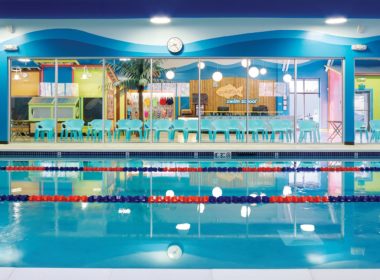 Unlike most entrepreneurs, my main goal as a young adult was not to eventually start a business – it was to go to the Olympics. I spent years competitively swimming. I had perfected the techniques...
byJenny McCuiston