1 post
Jules Pieri is co-founder and CEO of The Grommet, a site that has launched more than 2,000 consumer products since 2008. The company’s Citizen Commerce™ movement helps consumers transform purchases into contributions to causes that matter most to them. Jules started her career as an industrial designer for technology companies and was an executive at Keds, Stride Rite and Playskool. She was named one of Fortune’s Most Powerful Women Entrepreneurs in 2013 and Goldman Sachs’ 100 Most Interesting Entrepreneurs in 2014. She is currently an Entrepreneur in Residence at Harvard Business School. Jules frequently speaks on consumer trends and technologies, design, and entrepreneurship. She has presented at HBS, SCAD, MIT, and at conferences including SXSW, PwC Women’s Conference, Internet Retailer, and the Conference on World Affairs. She’s also been featured in the New York Times, Wall Street Journal, Forbes, Fortune, and many other media outlets. She lives near Boston. 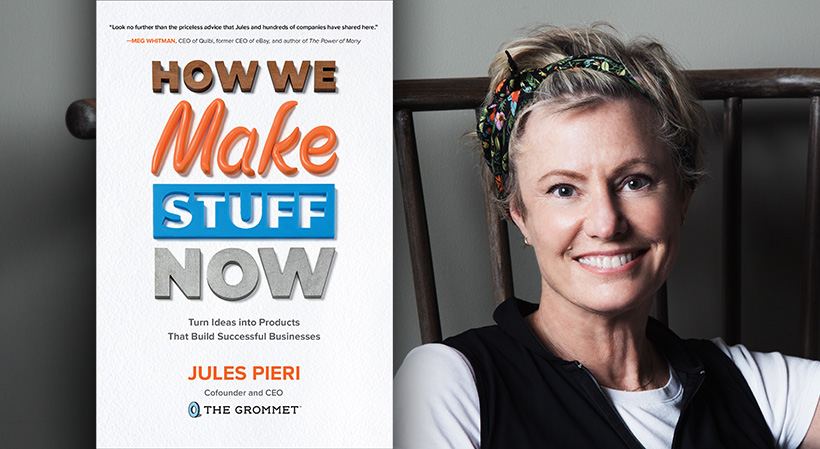 Where Do Great Ideas Come From? Examining the Design Thinking Behind Fitbit

The following is excerpted from "How We Make Stuff Now: Turn Ideas into Products That Build Successful Businesses" by Jules Pieri, p. 13-17 (McGraw-Hill Education April 23, 2019). No company or client wants to produce products for yesterday, or even today. They want “Wayne Gretzky” outcomes—products that fulfill where the demand is going. Great product ideas...
byJules Pieri