1 post
Rick Elmore is the founder and CEO of Simply Noted, an automated handwritten letter company founded on the idea of making it easy to create simple, scalable, powerful and meaningful real pen written communication. Rick started his football career at the University of Arizona as a Defensive End, where he was the Pac-10 Sack Leader for two years and twice nominated for the Hendricks Award for his defensive play, among other recognitions. Following graduation, Rick was drafted to the Green Bay Packers as a Linebacker and spent several years playing for several NFL teams. Learn more about Rick and his story at SimplyNoted.com. 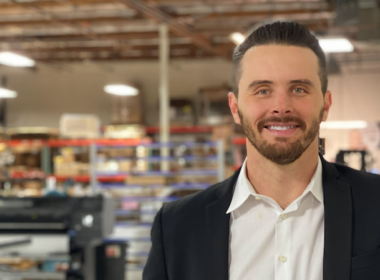 Success is not something that is delivered on your doorstep; it’s something you have to constantly chase after. In an oversaturated market, crowded with bright ideas and aspiring entrepreneurs, it can be difficult for a new business to break through and reach a dedicated customer base. Today, it takes more than an interesting product to...
byRick Elmore