1 post
Steve Case is one of America’s most accomplished entrepreneurs—a pioneer who made the internet part of everyday life and orchestrated the largest merger in the history of business between America Online (AOL) and Time Warner. Case’s entrepreneurial career began when he cofounded AOL, which became the top performing company of the 1990s. At its peak, nearly half of internet users in the United States signed on through AOL. As chairman and CEO of Revolution, a Washington, DC-based investment firm he cofounded in 2005, Case partners with visionary entrepreneurs to build businesses such as Zipcar, LivingSocial, Sweetgreen and many others. Case was the founding chair of the Startup America Partnership—an effort launched at the White House to accelerate high-growth entrepreneurship throughout the nation. A member of the Presidential Ambassadors for Global Entrepreneurship, Case also serves as Chairman of the Case Foundation, which he established with his wife Jean in 1997. 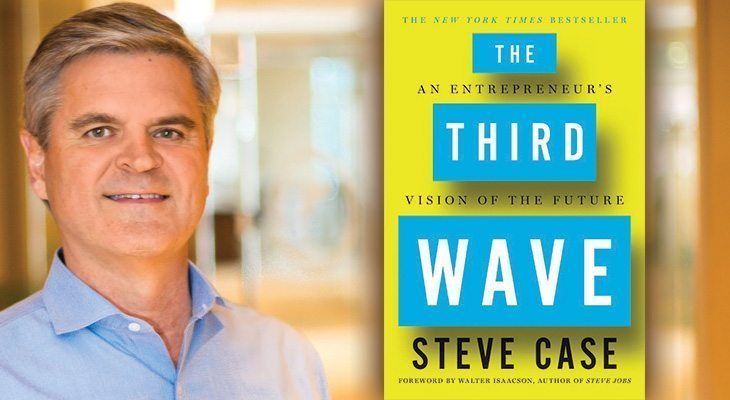 The following excerpt was selected exclusively for StartupNation readers from "The Third Wave" by Steve Case. The excerpt shares Case's process pitching his startup company, Quantum Computer Services, to Apple, and the journey that followed. Copyright © 2016 by Steve Case. Excerpted with permission by Simon & Schuster, a Division of Simon & Schuster, Inc. The pitch resonated well with them....
bySteve Case