Fundraising: How To Say “Give Me Money”

When I first started Generation Citizen, as a senior at Brown, my primary concern with making it a full-fledged non-profit was fundraising- I had no idea how to do it, and the concept seemed terrifying to me 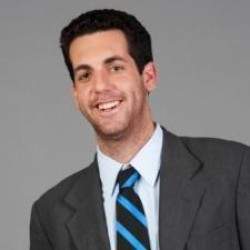 When I first started Generation Citizen, as a senior at Brown, my primary concern with making it a full-fledged non-profit was fundraising- I had no idea how to do it, and the concept seemed terrifying to me, especially in the midst of the financial collapse.  The only reason that GC got off the ground (and that I didn’t go to New Orleans to join Teach for America) was the gift of a very generous philanthropist- a gift that I did not even ask for.

Four years later, fundraising is a big chunk of my time, but it still is a huge challenge.  GC has gotten much bigger, but I am still convinced that our development operations lag behind our program.  For better or worse, I think about the concept of fundraising, a lot, and lately, it’s been on my mind more than normal.  First, there have been some thought-provoking pieces on the topic in recent weeks, including this article on the giving habits of the wealthy in The Atlantic.  And secondly, a number of work happenings, including needing to double our fundraising results, while simultaneously being pushed to bring in more earned revenue, have made me question some of the assumed fundraising truths.

One of the frustrations I have with development is that it is challenging to have an honest conversation on the topic. Either people are largely unfamiliar with the terrain (all of my friends constantly assert “I could never ask someone for money!”) or non-profit executives are scared to rankle their donors. Thus, the conversation gets left to the philanthropists, which is a shame. We need a more inclusive conversation.  In that vein, I have some random thoughts on the subject.

Generation Citizen was recently part of an accelerator put on by the Points of Light Institute and Village Capital. The participating organizations were a mix of for-profits and non-profits, and the actual curriculum was interesting and helpful. I did, however, feel like there was an extreme push for non-profits to engage in revenue generating activities.   This, I think, is part of a bigger emphasis on “smarter social enterprise”, or organizations working on social missions while still making money.

I agree with this, to an extent.  GC has piloted a “fee-for-service” program this year, and has raised about 12% of our budget from schools. This figure, however, will never grow to 100%, nor should it.  The reality is that non-profits fundamentally exist to meet needs that the government is not fulfilling.  Because of that, we are not addressing an economic market inefficiency- we are addressing a social inefficiency.

To be completely candid, GC probably could be almost 100% self-sufficient if we just worked with independent/private schools.  But that is not what we’re about.  If we are serious about engaging in our mission, we need philanthropic dollars to do so.

It is also completely possible to raise money. I consistently hear that non-profits need to be more innovative about ways to earn revenue because we’re in the midst of a “new fundraising climate.”  But at the same time, this country suffers from more economic inequality than at any time in its history.  There are philanthropic dollars out there.

2) Non-profits should fundraise from everyone, and everyone should give

Another frustration that I have with fundraising is that it seems that many non-profits focus almost all of their attention on the wealthiest of donors.  This might be the most efficient way of raising the money necessary to succeed.  But I think there is a fundamental philosophical problem with raising dollars only from the wealthiest to serve only the neediest. It can distort incentives.

Non-profits need to engage everyone.  GC has tried to do this- developing a Junior Board of young-professionals, holding small-donor fundraisers, and working with former college volunteers in an alumni capacity. I don’t think we are great at it yet, but we are committed to it.

This also means that younger individuals must donate.  This Atlantic article says that the poorest Americans are donating 3% of their income to charity.  For a 25-year-old making $50,000, this would be $1,500, which is not an insignificant amount.  I would challenge folks in my generation to be giving at least 3% of their income to non-profits each year.

In the for-profit arena, investors frequently make bets they know will have a low-likelihood of succeeding.  Investors will make five $25,000 investments knowing that there is a high likelihood that four will fail.  Yes, they may recoup their investment, and more, with one success, but the logic holds- investors recognize that failure is an option.

Non-profit donors tend to hedge their bets.  There are some foundations, like Echoing Green, which explicitly make risk investments, and acknowledge failure as an explicit possibility.  But most other donors want to make sure their money will not be sucked away.

But, in order for non-profits to be truly transformative, we need big bet investments.  If all of GC’s donors were to double down their donations for our next fiscal year, which would inherently be a risk, we would have a much greater possibility of creating big, lasting change.  All donors need to be less risk-averse when it comes to their giving.

4) This Fundraising conversation needs to happen

I am just one person.  And I also want to re-iterate how incredibly grateful I am for all of GC’s donors (and there have been more than 250 of them, giving everything from $5 to $25,000 to $100,000).  But philanthropy is not going away, nor should it.  And so this conversation should be open.

Scalability: Does it really matter to a small business entrepreneur?