Health Savings Accounts have begun taking off because they give you the lowest overall costs and maximum flexibility of any health-insurance policy, in exchange for high deductibles. Here

One of the major ways insurers and customers have adjusted to the
high costs of health care is to come up with ways to turn over more
control of insurance plans to consumers themselves – if they’re willing
to foot the extra out-of-pocket costs and accept the financial risks
that this method entails.

Federally regulated Health
Savings Accounts are the latest big vehicle for so-called
“consumer-directed” care, and have taken over from an original concept
called Medical Savings Accounts.

Here’s a guide to evaluating whether a Health Savings Account (HSA) is the right route for you and your business:

Health
Savings Accounts combine a high-deductible health-insurance policy
(minimum annual deductibles of $1,000 for an individual and $2,000 for
a family) with a tax-free savings account. The high-deductible policy
covers major – so-called “catastrophic” – medical bills. You pay for
all costs until the deductible is reached.

You can
deposit money tax-free into the account up to a certain amount each
year, as of mid-2006 about $4,000. When the need arises, you withdraw
the money tax-free to pay for medical expenses that aren’t covered by
insurance – including routine costs that aren’t covered until you’ve
met your high deductible. The account belongs to you, and at the end of
the year you can roll over unspent funds. The account earns untaxed
interest and continues to grow tax-free until retirement, when you can
withdraw the money, use it however you like – and pay the normal, lower
tax rates that are in place for retirees.

Decide if you can handle the routine costs – and risks

The
biggest issue for most entrepreneurs is whether they can accept the
idea of paying routine medical expenses out of pocket and, at the same
time, running the risk of having to shell out as much as $4,000 or
$5,000 for a medical emergency or extreme new condition before their
insurance coverage kicks in.

For most healthy people in
most years, the financial equation is heavily weighted in their favor.
HSA premiums typically run only a few hundred dollars a month for an
individual and are much less than premiums for conventional
health-insurance policies. Even factoring in $1,000 or more a year for
routine medical expenses, you’re still way ahead.

But
the lack of reimbursement until your high deductible is met can be
annoying – and financially draining. Even an emergency-room visit for a
sliced finger will cost at least a few hundred dollars. Add doctor
visits if you’re fighting an infection, and there’s another few hundred
dollars. Routine X-rays and lab work get expensive, fast. Hit age 50,
schedule a colonoscopy, and suddenly you’re into thousands of dollars
in expenses that your HSA policy doesn’t cover.

“Many
business owners don’t have the ability to sustain themselves should
there be a medical event,” says Mechell Clark, a marketing executive at
Aflac, the Columbus, Ga.-based insurer.

Evaluate the unique advantages of HSAs

More
than any other insurance policy you could obtain, an HSA maximizes your
personal control over health insurance.  One thing is certain – you’ll
be much more on top of medical expenses than you might otherwise be.
You’ll likely find, for instance, that with an HSA you won’t waste
money on office visits for a cold or sniffle. You’ll be more cautious
about agreeing to tests that might not be necessary and simply allow a
doctor to cover his bases. You’ll be more likely to challenge charges
that seem too high.

“One of the best aspects of HSAs is
that they allow you to monitor costs in a way that health insurance
simply doesn’t,” says Kristie Darien, legislative director for the
National Association for the Self Employed.

Another
major advantage of HSAs is that, because premiums are low and there are
tax benefits, they could be a good way for an entrepreneur to start
offering health insurance to employees. “They are uniquely beneficial
to small businesses,” Darien says, “because, typically, small companies
can’t afford to offer health-care coverage – but HSAs are a way to
offer some health benefit to employees. And the owner can contribute to
their HSAs like he would to a 401(k).”

Be sure to capitalize on the tax advantages

In
the early going, analysts are a bit confused about one clear trend in
the usage of HSAs – many holders simply aren’t putting money into the
tax-free accounts that are a major part of the plan, or are only
putting in a little money.

As of January 2006, about 3.2
million Americans were enrolled in high-deductible insurance plans, but
only about 820,000 of them – some 26 percent — had opened and funded
HSAs, according to data from Inside Consumer-Directed Care, an
industry newsletter. Experts are interpreting this gap as a lack of
awareness on the part of HSA holders and a lack of cash to put into the
savings account.

As an entrepreneur, you should be
certain to make every effort to capitalize on one of the biggest
advantages of HSAs: the ability to pile up savings tax-free, just as
with an IRA.

This blog is not about slogging, clogging or flogging or logging 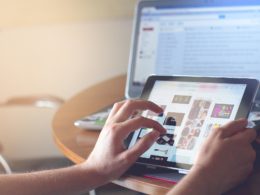 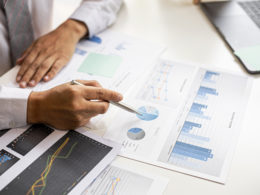 The Importance of a Fractional CFO for Startups and SMBs

Businesses of all sizes continue to live through one of the most turbulent times in recent memory. Those who can quickly make good decisions based on accurate information and sound projections are more likely to come out on top. This underscores the importance of a fractional CFO in startups and SMBs. The economic impact of the...