Embracing the Future: Should Your Business Accept Bitcoin? 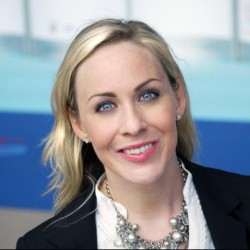 Meredith Wood
Head of Content and Editor-in-Chief at Fundera
Meredith Wood is the head of content and editor-in-chief at Fundera, an online marketplace for small business financial solutions such as loans, credit cards and bank accounts. Prior to Fundera, Meredith was the CCO at Funding Gates. Specializing in financial advice for small business owners, Meredith is a current and past contributor to Yahoo!, Amex OPEN Forum, Fox Business, SCORE, AllBusiness and more.

Invented in 2009, Bitcoin is a fully digital form of currency. It has gained popularity over the years, with giants like Microsoft and Dell now accepting the cryptocurrency. Bitcoin is dependent on an underlying technology called blockchain to keep your digital money safe and secure. Because it’s fully digital, there is very little government oversight, and banks and traditional financial institutions do not play a role in managing the currency.

These features of Bitcoin make it egalitarian in many respects, but there are also downsides to an unregulated currency. Below we’ll look at some of the features of Bitcoin to consider whether or not your startup should branch out into accepting the currency as a form of payment.

Additionally, if you deal with vendors or clients who are based overseas, using Bitcoin is a way to avoid transaction fees that come with foreign credit card charges or wire transfers.

Related: 10 Ways to Grow Your Business Using Cryptocurrency Apps and the Bitcoin Ecosystem

According to Business Insider, mobile payments are on the rise and are expected to reach $503 billion by 2020. While some consumers have been hesitant to eschew more traditional forms of payment, as large companies offer more incentive to switch over to digital transactions, the expectation is that customers will make the move. As an entrepreneur, becoming an early adopter of the trend toward the digital wallet may help you stand out with customers that are looking to take advantage of this new technology.

If your startup faces issues with consumers disputing credit card or PayPal charges for items or services that they received but just didn’t like, making a move to Bitcoin may be smart for you. Bitcoin transactions are irreversible, meaning you won’t be left worrying about disputes to charges if your customer is unhappy with the good or service you provided.

When your business accepts credit cards, you are required to meet Payment Card Industry (PCI) data security standards, to ensure that you’re protecting the personal information of all of your customers. Complying with these regulations can be a costly and time consuming process. With Bitcoin, you are required to meet some security standards, but they are nowhere near as extensive as the PCI compliance requirements, which saves you time and money.

Lack of regulation as a downside

Although many of the features that make Bitcoin appealing (like its quick transaction times and no fees) are due to its unregulated nature, there is of course a negative side. While the U.S. government recognizes Bitcoin as valid, there are other governments that have restricted or banned the use of the currency. Additionally, because there is no official governing body responsible for Bitcoin, your means of settling any dispute or issue that comes with accepting, holding or spending the currency may not be as clear cut as with a traditional currency.

Bitcoin has seen tremendous growth over the past few years, but there has been a fair amount of fluctuation in value because it is a purely digital currency not tied to any government. Additionally, a recent decision to split the blockchain has resulted in the creation of Bitcoin Cash, a competing cryptocurrency, which could only add to the volatility inherent in a digital currency. This fluctuation makes it difficult for you to plan financial statements, set your pricing and manage your taxes.

Because Bitcoin and the concept of digital currency are likely uncharted territory for you, it’s best to speak with your accountant and weigh the pros and cons for your specific business before you begin accepting Bitcoin.

If you do decide that Bitcoin is right for you, you can either process payments and invoices by yourself or consider one of the many vendors, such as BitPay and Stripe, that will manage Bitcoin transactions on your behalf.

Author
Meredith Wood
Meredith Wood is the head of content and editor-in-chief at Fundera, an online marketplace for small business financial solutions such as loans, credit cards and bank accounts. Prior to Fundera, Meredith was the CCO at Funding Gates. Specializing in financial advice for small business owners, Meredith is a current and past contributor to Yahoo!, Amex OPEN Forum, Fox Business, SCORE, AllBusiness and more.
Comments by Vanilla