Doug Robinson
Principal at Harness Dickey
Doug Robinson is a principal at intellectual property law firm Harness Dickey, where his clients run the gamut from early-stage startups to well-established companies. Doug’s practice is focused on intellectual property contested matters in the areas of patents, trade secrets and trademarks. His experience includes all aspects of IP counseling and litigation in courts across the country.

Patents are also versatile in the value they provide businesses. Many people think of patents as only being used in huge business battles, like in the litigation between Apple and Samsung, but patents can be used in many other ways, and provide value to companies of all sizes, especially startups.

Some of the ways in which patents provide value to small- to medium-sized enterprises include:

Suing a competitor for infringing upon your patented product is primarily what comes to mind for most people. A patent infringement lawsuit can severely hamper your competition. A lawsuit can result in the defendant paying you damages, and/or having an injunction issued that stops their sale of the product. Aside from that, a patent infringement lawsuit is expensive to defend and often distracts a defendant from core business operations.

Even if you don’t intend to actually sue a competitor, a patent can still serve as a powerful deterrent to lawsuits against you. If a competitor has their own patent, they will have to think twice if their lawsuit could result in you asserting your patent against them.

Protect prior art by documenting your work

Patents can only issue on inventions that are novel and non-obvious compared to work done by others before the patent. Often, though, documentation of prior work is spotty and difficult to prove. This can result in your competitor obtaining a patent on work you had previously performed but cannot prove. If you file for a patent, then your work is clearly documented and, even if you patent does not issue, the published application can still block your competitors’ patenting efforts.

Litigation is not the only way to monetize a patent. Many businesses offer licenses to their patents as a way to increase revenue. These licenses can be exclusive (which is more common when a company gets a patent outside of its core business) or non-exclusive. Licensing is a non-adversarial alternative to litigation that generates revenue from your intellectual property.

Create a trade chip for cross-licensing

Similar to how a patent can provide a deterrent to others suing you, a patent can also be a valuable trading chip that can get you access to someone else’s patent through a license. If you want a license to someone else’s patent, you will have to provide value in exchange. Normally that requires money, but if you have a patent that your licensor needs, then you can instead use that as a trading chip—saving you the money you would have spent on the license.

When you license a patent, you retain ownership of it. But, patents can also be sold just like any other property. Many sophisticated companies pursue patents on inventions outside of their core business, with the expectation that they will offer the patents for sale. This is especially useful if the patent covers an invention you have no interest in practicing yourself, and thus do not wish to be responsible for maintenance fees, etc.

Box in your competition

Your competition knows that patent litigation is expensive and time consuming to defend against. As a result, many competitors will be conservative in trying to avoid patent infringement by steering as clear as possible from your patents. As a result, the more patent coverage you have in a market space, the more your competition’s product offerings can be restricted.

Responsible companies conduct patent searches before launching a new product. These searches are used to allow for landscape or freedom-to-operate opinions, which help protect from later claims of willful patent infringement. You will likely never know when your patent (or patent application) shows up in a patent search conducted by another company. But, if it does, it could cause your competitor to change its plans to avoid your intellectual property.

Save your spot in line

The U.S. patent laws now operate as a first-to-file system, meaning (with some exceptions) that a patent is granted to the first person to apply on the invention, rather than necessarily the first to invent the invention. Timely filing for patents is very important, then, because it establishes your place in line and can put you ahead of competitors who delayed in filing their own application.

Patents are powerful tools that can give your startup a competitive advantage in many ways. Patents can cover more than just the big ticket items in your business, like your products, and can be crafted to cover either very precise or broad aspects of your operations. With patents, your know-how can be protected and even monetized in new ways. As a result, a comprehensive strategy should be a critical component of your business planning.

Author
Doug Robinson
Doug Robinson is a principal at intellectual property law firm Harness Dickey, where his clients run the gamut from early-stage startups to well-established companies. Doug’s practice is focused on intellectual property contested matters in the areas of patents, trade secrets and trademarks. His experience includes all aspects of IP counseling and litigation in courts across the country.
Comments by Vanilla 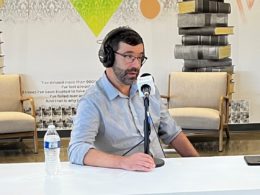