Main Street Nation Radio Is on the Air

Our inaugural edition of Main Street Nation Radio covers the importance of conducting business on Main Street rather than the big box stores or the internet. We bring in two guests to share their expertise on bringing people back to shopping local. 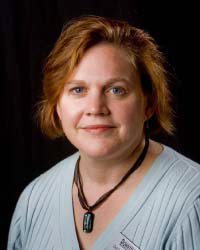 Carolyn Honeycutt, Director of Ellensburg, WA Downtown Association, shares with you some great tips and ideas to get your Main Street and local businesses noticed.

A little about Ellensburg – they were in the running to be Washington’s state capital until the entire downtown burned down in 1889 on the 4th of July. The community came together and quickly rebuilt, but still lost out to Olympia. A lot of those 1889 buildings are still left, so it’s like a snapshot of that year. Kristi, Jeff and Carolyn talk about emphasizing the uniqueness of your Main Street. 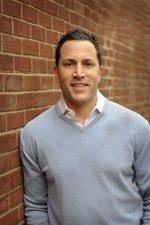 Mike Palmer, owner of Premier Pet Supply in Beverly Hills, also joins us to share his secrets to bringing the local community to his store rather than the big chain pet supply stores.  Mike’s philosophy of creating a modern day “mom & pop” shop atmosphere has established Premier Pet Supply as a staple in the community and one of the highest-volume independently owned pet supply stores in the Midwest. The store was originally opened in 1992 by Mike’s uncle Ray Hesano. In 1994, fresh out of high school, Mike began working at the store full time while taking business courses in college. Mike bought half the store and vowed to his uncle to take on the daily operations and work tirelessly day in and day out building the business-and THAT he did!

Please join us for this month’s edition of Main Street Nation Radio!

From the Home Office to a Commercial Building

On today's Business Beat, Jeff shares a DBusiness report that Michigan is benefitting significantly from the Apple IOS App economy, to the tune of 45,000 jobs. Tune in below:     Tune in to News/Talk 760 AM WJR weekday mornings at 7:11 a.m. for the WJR Business Beat. Listeners outside of the Detroit area can...

WJR Business Beat: Which State Is Most Obsessed With Social Media? (Episode 414)

In today's Business Beat, Jeff Sloan offers details of a Hennessy Digital study on America's obsession with social media. Tune in below to find out the top 3 most obsessed states:   Tune in to News/Talk 760 AM WJR weekday mornings at 7:11 a.m. for the WJR Business Beat. Listeners outside of the Detroit area...

The demand for workers is high, Jeff Sloan says in today's Business Beat. Michigan can expect high participation and low unemployment for teenagers compared to previous summers. Tune in below for details on how you can find a job or staff:       Tune in to News/Talk 760 AM WJR weekday mornings at 7:11...

On today's Business Beat, Jeff Sloan tells small businesses what they need to do to keep customers happy. Tune in below to learn more about the Raydiant survey results on what consumers want:     Tune in to News/Talk 760 AM WJR weekday mornings at 7:11 a.m. for the WJR Business Beat. Listeners outside of...