On this episode of the Business Beat, Jeffrey Jones discusses worrisome results from a recent Gallup poll showing Americans’ faith in the presidency, Supreme Court, police and more is plunging.

Tune in below for details:

Jeff: Good morning, Paul! As Americans, we put our faith and trust in certain key American institutions that impact our lives daily ranging from the government to business institutions, to even religious institutions and the results from a recently released Gallup poll shows that Americans’ confidence in our major American institutions has hit a new all-time low. Jeffrey Jones, senior editor at Gallup, breaks it down for us.

Jeffrey: Yeah. So Gallup has measured American’s confidence and institution back to the 1970s. And if you look at that history right now, we’re at a low point. So there are institutions that we ask about every year — 14 to be exact –right now, eight of them are at the lowest that we’ve ever measured in our polling. And the average amount of confidence is 27%. That’s the lowest that we’ve measured in any year.

Jeff: And while the survey shows were down across the board to a new, all-time average low, what are some examples of the most concerning?

Jeff: Also down steeply, Jeffrey, confidence in the police and even in religion. What do you think this says about our American society now, Jeffrey?

Jeffrey: That’s a good point. You know, one thing we found is the drop is happening among Republicans, Independents and Democrats, so it’s not just one party losing faith. So, you know, in order to have kind of a healthy functioning society, people gotta believe in these institutions that we rely on.

Jeff: On a positive note, Paul, one shining example, small business in America tops the list, getting the highest rating for confidence in Gallup’s latest. Hats off to America’s small businesses who earn it every day.

On this Business Beat, Jeff shares back-to-school shopping trends and predictions. How much are families spending and on what? Tune in below to learn more: Tune in to News/Talk 760 AM WJR weekday mornings at... 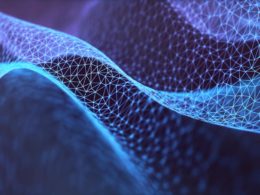 On this episode of "Business Biography," Jeff talks with Mike Palmer about his entrepreneurial journey with Premier Pet Supply. Palmer has built the business his way. Listen to the conversation on the Great Voice.

On this episode of the Business Beat, Jeff talks with Greg Powell of Indeed.com about the jobs outlook in Michigan and the United States. Tune in below for more:   Tune in to News/Talk 760...
[class^="wpforms-"]
[class^="wpforms-"]