On today’s Business Beat, Jeff reveals the results of a new survey about the Great Resignation afoot in America right now.

Tune in to the Business Beat, below, to learn more about why people are planning to quit and which industries are most affected:

There’s a Great Resignation, as it’s known, afoot in America, in which workers are leaving their jobs behind to pursue seemingly greener pastures as entrepreneurs in their own business ventures. Well, now results from a just-completed survey are due out today from resumebuilder.com that supports the fact that this Great Resignation is far from over, and it provides further insight into what’s behind this and who.

Resumebuilders.com survey included the polling of 1,000 or so currently employed U.S. adults. Among other things, those polled were asked if they plan to quit their jobs before the end of this year and, if so, why and what they were planning to do once they quit at a high level. Here are some other key findings from the survey.

Fifteen percent of the workforce is planning to quit their job between September and December 2021. Of those indicating that they’re planning to quit, September will see the highest number of resignations at 39%. Now 20% planned to quit in October and 17% more in November. Twenty-five percent are waiting until December.

The sector expected to be hardest hit by these resignations? It’s the computer and IT vertical with as many as 40 employees in that sector indicating that they are quitting their jobs between now and the end of the year. Other fields seeing the mass exodus? Well, how about finance? Twenty-four percent are planning to leave that sector. In health care, 18% are planning to leave. Top reason for people quitting? As many as 44% of those leaving their jobs say they’re leaving to start their own businesses.

In fact, when you look at why people are quitting by sector an astonishing 70% of workers from the computer and IT industry are indeed leaving to start their own businesses. So, there you have it, more insight into the Great Resignation going on in America today.

I’m Jeff Sloan, founder and CEO of startupnation.com and that’s today’s Business Beat on the Great Voice of the Great Lakes, WJR. 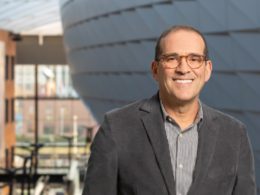