11 Mistakes to Avoid When Setting Up a Side Hustle 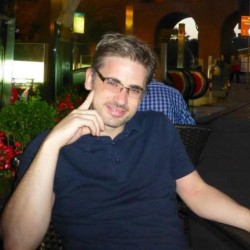 Ashley Murphy
Ashley Murphy graduated with a BA (Honors) in English Literature and Creative Writing from the University of Manchester. He began working as a freelance content writer in 2015. He specializes in technology, higher education, current affairs, the arts and entrepreneurship.

“This summer I’ve been making an extra $1,000 a month, and it only takes a few hours a week,” said Mark Russo in a recent TikTok video. “I only had to invest a few hundred bucks upfront. And here’s the best part: anyone can do it, even you.”

You’d be forgiven for thinking that Mark Russo, who goes by the name of FinanceUnfolded on TikTok, is what some people might politely call a scammer.

But Mark is the real deal.

He’s not encouraging viewers to sign up for a life-changing online course (and yes, Hustler’s University, we’re talking about you). He’s not outlining the “fantastic” benefits of exploiting some obscure drop-shipping loophole in Chinese export laws.

And he’s definitely not asking for a single dollar from any of his 1 milllion+ subscribers.

Instead, the man behind FinanceUnfolded is advising people to get up off their behinds and monetize their spare time and passion.

In Mark’s case, he bought a power washer and a few cleaning supplies and began cleaning cars in his local neighborhood for $45 a pop.

Word spread, and Mark was soon washing up to five cars during the evenings and weekends. He even started offering a VIP valet cleaning service for $100.

But you don’t have to get your hands soapy to earn extra cash. There are loads of things you can do on the side, including:

It’s called side-hustling. And it really works. The average side hustle income in the United States is around $1,200 per month. We told you that Mark wasn’t lying.

And there’s more to side hustling than just making extra money. It’s one of the best ways to do something you love, and maybe even turn a passion into a full-time business.

So what does it take to become a successful side hustler?

If you’re interested, then OnDeck has got you covered. Its team of business and finance experts put together a complete guide to starting your very own side hustle, including the 11 most common mistakes people make and how you can avoid them.

The step-by-step, easy-to-follow guide has advice on how much to invest upfront, how to manage your expenses, and how to make sure you’re charging enough to cover costs and make a nice little profit.

There’s also a crucial tip on maintaining a healthy work-life balance when side hustling. Because a good side hustle should be profitable and fun.

And if you’re the type of person who dreads the thought of filing an annual tax return, then you’ll find a simple solution in the guide below.

Author
Ashley Murphy
Ashley Murphy graduated with a BA (Honors) in English Literature and Creative Writing from the University of Manchester. He began working as a freelance content writer in 2015. He specializes in technology, higher education, current affairs, the arts and entrepreneurship.
Comments by Vanilla