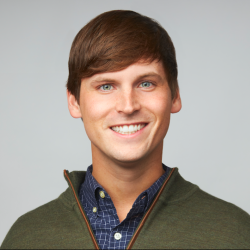 Nate Matherson
Co-founder and CEO at ContainIQ
Nate Matherson is a second-time founder building his second venture-backed startup. Outside of work, Nate is also an angel investor having invested in 27 startups, and is a board member at Blankets of Hope, a 501(c)3 nonprofit.

As a first-time founder, starting a startup is incredibly difficult. Raising capital, finding product-market fit and acquiring customers isn’t easy. As a second-time founder,  it is a bit easier.

After our first company was acquired, I knew that I wanted to start another company. Working for yourself, especially during the earliest days of founding at startup, is incredibly rewarding.

After taking a year or so off in between roles, I cofounded my second startup called ContainIQ. Over the last year, I’ve realized that second-time founders do have real advantages and that I’ve been able to move faster this time around.

Here are five real advantages for second-time founders that I’ve experienced over the last 12 months.

Fundraising is a time-consuming and difficult process for most founders. But it is a necessary one.

As a first-time founder, breaking into angel and venture capital networks is tough. And because fundraising is largely a numbers game, it is difficult for first-time founders to get the reps in and to schedule as many meetings in a tight one- or two-week window that is necessary to secure funding.

However, as a second-time founder, I was able to leverage many of my relationships with previous investors, angels and venture capitalists. I don’t believe the fundraising, pitching, deck building and overall process is that much easier, but the ability to get meetings into a tight window is. After having fundraised previously, it was much easier to schedule nearly 100 meetings into that tight window.

Importantly, this time around, I was better able to prepare myself mentally for the inevitable nos and ghostings. I’ve learned that these are just a part of the fundraising process.

I often tell first-time founders to not take any one meeting too seriously. It is important to just keep moving forward with an “on to the next” type of focus.

Having additional meetings and perspective as a second-time founder helped me through our $2.5M seed fundraise.

Hiring is arguably the most important part of building a startup and it will become a meaningful part of your day. As a first-time founder, I had never hired anyone before and I surely made my fair share of mistakes. And running an efficient hiring process was something I’d never done before.

One of the biggest mistakes I made as a first-time founder was optimizing for low cost and low experience. As a second-time founder, I knew that we needed to hire more experienced candidates who were capable of the heavy lifting that is required to get a startup off the ground.

Similar to fundraising, this time around I was able to leverage my previous networks to build our core team. One of our earlier hires was a former employee of mine at our last startup. And two others came through introductions from a current investor.

Maintaining my networks from startup #1 to #2 has been extremely valuable for sourcing experienced candidates.

3) Setting up the back office

As most startup founders will tell you, the miscellaneous operational tasks never seem to stop.

And during the important phase of going from one to five or so employees, the operational tasks really add up. Things like setting up payroll, accounting, benefits, and corporate policies can be extremely time consuming for an early-stage founder.

But having done all of that before, I found that I was able to implement all of these things in less than half of the time. I knew which vendors to use, which policies to outsource to our legal team, and how to set up a strong early-stage finances stack.

Acquiring customers is only getting more difficult. While the number of channels has increased, so has the number of venture-backed startups competing in them.

As a first-time founder, I didn’t have really any formal experience in customer acquisition or sales. But over the course of six or so years at our first company, I learned which channels I was good at and also learned how to build out a growth team.

General sales basics like contract formation, legal and purchasing customer-required insurance was much easier this time around.

As a second-time founder, I’ve realized that I’ve been able to make decisions faster and with more confidence. I believe that first-time founders have a tendency to overthink things, which causes the entire organization to slow down.

After six plus years of building my first startup, I was able to hone my pattern-matching skills for all things related to growth, sales, hiring and fundraising. I think this might be the biggest advantage of all for second-time founders. The ability to make decisions faster and use resources without being wasteful pushes all parts of the organization to increase velocity.

I couldn’t see myself as anything but a founder. And over this last year, as a second-time founder, I’ve been able to move our organization through the earliest growing pains faster and more effectively. Starting a startup will always be difficult, but I can promise you that it gets a little bit easier your second time around.

And for the first-time founders reading this, many of these items can be actionable for you as well. Move quickly, maintain your networks, hire experienced candidates and never stop pushing forward.

Author
Nate Matherson
Nate Matherson is a second-time founder building his second venture-backed startup. Outside of work, Nate is also an angel investor having invested in 27 startups, and is a board member at Blankets of Hope, a 501(c)3 nonprofit.
Comments by Vanilla