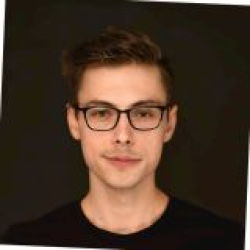 Zach Anderson Pettet
VP of Fintech Strategy at nbck bank
Zach Anderson Pettet is the VP of fintech strategy at nbkc bank, a community bank in Kansas City, Missouri, that's on the cutting edge of tech innovation. He also serves as the managing director of nbkc bank's Fountain City Fintech, a vertically integrated partnership accelerator that provides fintech startups with compliance expertise, a forward-thinking bank partner, and a solid infrastructure for scale. Through his work, Zach is striving to level the financial playing field through groundbreaking technology.

It’s hard to secure funding from venture capitalists. There’s a good reason for that: it should be hard. Raising venture capital for the wrong kind of business is a recipe for startup failure.

The media, such as HBO’s “Silicon Valley,” and the general glorification of VC-backed startups have led many entrepreneurs to believe that venture capital is the only way to fund and build a business. Yet only a tiny sliver of startups (a mere 0.05 percent) actually end up raising VC dollars.

VC or no VC? That is the question

The problem is that many founders try to raise venture capital for non-venture-worthy businesses. For example, Shyp, an on-demand delivery platform, ran aground after raising $62 million. Consumers didn’t bite at the idea of someone picking up, packaging and delivering items to the USPS for a nominal fee.

So, Shyp pivoted to target businesses instead. The problem? Shyp had run out of funds. Instead of making solid contact and settling for a single hit, Shyp’s swing for the fences resulted in an out.

That isn’t to say you should never go the venture capital route. If you’re building something that could be a billion-dollar business within the next 10 years with the proper financing, it’s worth the home run swing.

Related: Need Financial Help to Reopen Your Business After COVID-19?

Not ready for VC funding? Now what?

For every Uber, there are countless other businesses that are better suited to becoming lifestyle brands. For those startups, venture capital isn’t necessarily the best route.

If so, you’d be better off looking at one of the following different funding sources to build and grow your venture:

Put another way: pay for it yourself! It’s not impossible, but it’s difficult and doesn’t provide anywhere near as much confidence. Bootstrapping means growing internally by using the cash flow generated by the business.

The benefit of doing it this way is that you (and your co-founders) will own the startup and all of the equity that’s raised. Plus, you have control over all business decisions. On the other hand, the more rounds of VC funding you go through, the smaller your share of ownership becomes.

However, there are risks. Bootstrapping means you’ll have a much tighter budget, forcing you to work a lot harder and manage a lot more roles. There might not be funds for recruiting talent, advertising or lead generation. If you want to go this route, it can bring more rewards, but it can also be harder to stay afloat.

“Friends and family” is one of the first places entrepreneurs start. The likelihood of your aunt believing in you is higher than an investor you’ve never met. But this is also often referred to as the “friends, family and fools” round — with your family members or friends ending up as the fools. Please don’t go to your loved ones painting pictures of grandeur that will be almost impossible to execute on.

There are a couple of ways your friends and family can contribute to your startup. You could ask for a loan with the promise of interest, or you could offer the investor a partnership with equity in the company. In these instances, you should have a formal agreement drawn up and have a lawyer look over the details to make sure everything is aligned properly.

Remember, loans between family members aren’t without emotional baggage. Add the stress of an early stage company, and you’ll generally have some reality TV-level drama. As a best practice, treat these checks as gifts in basically every scenario. But generally, these investments don’t amount to much.

This method of raising cash hit the mainstream with websites like Kickstarter and Indiegogo. Basically, it entails receiving money from other people in exchange for equity or perks — or for those who fund the project, sometimes just the pride and joy of being tied to something they care about. It’s a fast, easy way to raise capital.

What type of crowdfunding you choose requires strategy and transparency:

Hustlers can work their way through school with the right set of scholarships, and entrepreneurs can often get tens of thousands of grant dollars if they look hard enough and know where to apply. It takes research and hustle, but it’s possible.

The Small Business Administration has grant programs, but that money generally goes to nonprofits and education. Often, those nonprofits will help fund small businesses in their communities. Groups like the Ewing Marion Kauffman Foundation in Kansas City, Missouri, and corporations like Walmart and Sam’s Club award dollars to local organizations that support entrepreneurs in exactly this way. Other corporations such as FedEx and Miller Lite have grant programs that come in the form of contests.

Funding is an important piece of the startup puzzle, but big, flashy VC deals aren’t always a good fit. Explore these four funding routes to determine which is right for your growing business.

Author
Zach Anderson Pettet
Zach Anderson Pettet is the VP of fintech strategy at nbkc bank, a community bank in Kansas City, Missouri, that's on the cutting edge of tech innovation. He also serves as the managing director of nbkc bank's Fountain City Fintech, a vertically integrated partnership accelerator that provides fintech startups with compliance expertise, a forward-thinking bank partner, and a solid infrastructure for scale. Through his work, Zach is striving to level the financial playing field through groundbreaking technology.
Comments by Vanilla