Besides choosing to franchise in the first place, your next biggest decision is whether to sell a product or a service. Here

You’ve decided to launch a franchise business instead of starting up
something from scratch. Congratulations on making this important choice!

Next
comes a decision that could prove just as important to your success as
an entrepreneur: whether to buy a franchise that retails a product,
like McDonalds, or provides a service, such as ServiceMaster cleaning
franchises.

Every
franchise system has some common denominators, such as a concept owner,
a fee structure, a royalty system, and a marketing and administrative
program. But the nature and operations of a franchise business differ
radically in pushing a product or a service.

“Retail
franchises traditionally are opportunities that are driven by having a
building, opening the door and waiting for people to walk in, whereas
with a service business you’re typically heading out to do the
business,” says Lori Kiser-Block, vice president of FranChoice, a
Minneapolis-based company that helps entrepreneurs choose a franchise
business.

Pros and cons of selling a product as your franchise business

Most
product-oriented franchise businesses sell some sort of food, so
operating them is like running a small factory. Your up-front
investment in the franchise business, and especially in local real
estate for the store, will almost always run into the low six figures.
The many day-to-day issues include maintaining proper inventories,
ensuring quality, keeping up the grounds, and hiring and managing
lower-skilled employees.

Typically, you don’t have to
worry about pricing, because headquarters sets that. And most of the
marketing is done for the franchisee through national, regional and
local programs sponsored and run by the franchisor. The franchisee’s
role is largely to keep his doors open and allow the franchisor to
drive customers in.

Product franchise businesses can be
more exciting than service franchises, because you’re partaking in –
and often helping to create – a trend du jour. That means you can make
a lot of money in a hurry.

On the other hand, the market
can run dry pretty quickly. “A lot of product businesses are
fad-based,” says Steve Rosen, chief executive officer of FranNet, a San
Diego-based franchise-brokering service. “It goes in cycles. People
love coffee or ice cream or high-fat or low-fat stuff; they love or
hate donuts. You’ve got to take that into account.”

Pluses and minuses of selling a service as your franchise business

Most
service franchise businesses are lesser-known to the public than
product franchises, so you have a tougher challenge in establishing
your brand locally. Yet, your initial outlay for a service franchise
business might be only $50,000 instead of six-figures. You can rent a
cheap office somewhere, or operate mostly from home, instead of having
to invest in good-looking real estate.

In terms of
operating a service franchise, you’ll be supervising yourself and
perhaps a handful of more skilled workers. You have more control over
your own hours, typically by setting up your work by appointment. So
you’ll probably have a good shot at maintaining a normal work week,
with nights and weekends off.

Simply put, you won’t have
to deal with many of the requirements and issues that plague
product-franchise owners. “I can take my revenues and put them into
marketing rather than into inventory, getting the word out and bringing
business in rather than just putting it into a bunch of boxes,” says
Kelly Brott, a franchisee of Pet Butler, in Orlando. She switched to
the company – which collects pet waste in residential yards for
homeowners and landlords – from a career in retailing with chain-owned
stores.

But more of your success is up to you. So what you will have
to do is sell your butt off. Though you’ll usually get substantial
marketing and administrative support from the home office, your own
one-on-one salesmanship and local marketing is crucial to your success
in a service franchise business.

How your choice of a franchise business fits with you

Match
your choice to your own personality, aptitudes, skills and background.
The main thing to keep in mind is that succeeding with a service
business absolutely requires you to be a good salesman, while success
with a product rests more on being a good manager.

David
Wright has done both. The former computer salesmen ran three franchise
outlets of Jersey Mike’s Subs for eight years, and sold them off
recently to buy a franchise of Proshred, an office-paper shredding
company. “I wanted to get back into a business-to-business setting,
like where I started my career,” says Wright, of Charlotte, N.C. “And I
wanted a regular work week.”

Deciding whether to sell franchised products or services is a huge
choice. Be sure to thoroughly investigate the differences in franchise
business models, which are substantial.  Then choose the franchise
business that best fits your business abilities, your entrepreneurial
ambitions and your lifestyle.

4 Ways to Save Money for Your Small Business

The Internet Continues to Evolve... To Your Benefit 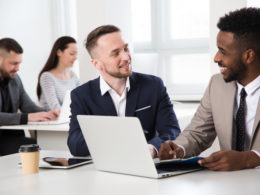 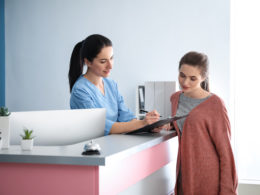 Successful Medical Startups: What You Need to Know From Someone Who’s Been There

Launching any new business venture requires a fair amount of strategic planning, especially considering that only 50% of all startups survive beyond 5 years. A medical startup aimed at an industry as regulated as that of health care, however, requires even more. Between navigating various federal regulations as well as the differences in those regulations...