Venture Capital: 5 Tips to Get Funding Outside Silicon Valley

Many entrepreneurs run to Silicon Valley in hopes of getting venture capital. However, targeting less saturated markets may get you the funding you need. 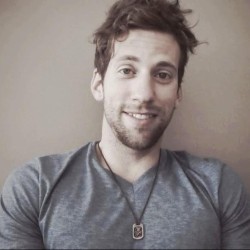 Many entrepreneurs run to Silicon Valley in hopes of getting venture capital. While this has proven to be a successful strategy for many startups in the past, you don’t want to get ahead of yourself. There may be high profile sources of VC funding in the valley, but getting funding for your startup in Silicon Valley means competing with crowds of other startups just as zealous about their products.
Instead, it’s worth exploring a less saturated venture capital market outside Silicon Valley. With more and more startups popping up all over the country, venture capital funds are setting up in a variety of cities outside of Silicon Valley. Granted, you may not have as many options and you may have to work a bit harder to find investors that are interested and are a good match, but this is just as viable a funding path as the Silicon Valley path.

When you are ready to seek venture capital funding in other parts of the United States, follow these five tips:

Use your local network to connect with venture capital firms in your city. Have you stayed in touch with past coworkers? Do you have connections with any angel investors (many of whom are well connected to the venture capital scene)? Can your business banker point you in the right direction? Those coffee gatherings and meetups you haven’t been going to are how you get noticed, so get active and start getting your name out there.

In Silicon Valley it can seem that everybody knows everybody, so you may not have to work as hard for a meeting. Outside the Valley, though, this is often not the case. Anybody who can introduce you to a venture capitalist therefore is somebody you need to get in touch with. So network like crazy.

Even if you decide you aren’t going to search Silicon Valley for venture capital, you still need to have a high level of focus.

Over the past few years, many cities, both small and large, have seen an increase in the number of venture capital firms as well as the amount of money being invested. Some of the most popular up-and-coming cities include: Albuquerque, Pittsburgh, Seattle, and Los Angeles. Who would have thought that some of these cities would turn into a hotbed of venture capital funding? If possible, start with cities where investing in entrepreneurial companies is already common.

3. Focus on cities that cater to your specific type of business

In New York, fashion, art, and banking are the industries in the forefront. In Washington DC, government and defense-related companies have the best chance of success.

Don’t jump from city to city without any idea of what you are looking for. Instead, focus on those that are known for being receptive to your particular industry.

Learn as much as possible about the venture capital firms in the cities you are targeting. Remember, you are no longer in Silicon Valley. You don’t have access to nearly as many firms. To give yourself the best chance of success, you should learn as much as you can about every firm (see point number one above) and then pinpoint how their goals align with what your company has to offer.

There are many details to focus on during this process including:

Also, it’s important that you select an investor that’s a cultural fit. If your startup has a casual and laid back atmosphere, there’s no point seeking an investment from a VC who’s used to dealing with more traditionally structured businesses. What a VC believes in is just as important as the size of their investment.

Know what type of funding you need, as well as which investors fit the bill. In Silicon Valley, for example, Seed and Series A investors are generally located in the Pier 38 area; Series B and C can be found in Palo Alto/Menlo Park; and for investment banking you head into the city.

Unfortunately, things are not as cut and dry in other parts of the country. This does not make it impossible to find the right type of funding, but you need to know what you are looking for. If you are working on a startup, you don’t want to get in touch with firms that only offer Series C funding – this is a waste of time.

So be sure to do your homework, know which type of funding you are seeking, and then go out and find the right Venture Capital source to fuel your growth. It may seem like a lot of work, but it will be worth it in the end.