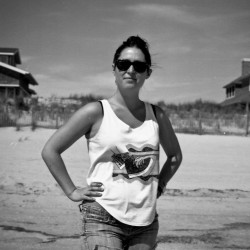 The first time I heard about Tesla in any context was when I heard a guy on the street say, “Whoa look at that dope ride, is it a Tesla?” and I thought, god, what a cool name for a car. The second time Tesla made his way into my consciousness was in the 2006 movie, The Prestige. So far, in my mind, Tesla was a sleek electric car, and then a fictional movie character who likes to throw hats into lightning bolts. I did well in school, I like science and history, so why didn’t I know who Nikola Tesla was? He is the reason I am able to charge my laptop while I write this, the reason I am able to listen to NPR in the mornings, and the reason I wear a lead apron when I get an x-ray taken of my mouth. We should have shrines devoted to this man. Ultimately, I blame my ignorance on Thomas Edison and increasingly low textbook standards.

Thanks to the current nerd zeitgeist more and more of us are aware that Tesla was the foremost genius of the 20th century, often thwarted by his nemesis and former employer Thomas Edison.We know he was the perfect kind of absolutely crazy where his hallucinations were just hanging epiphanies made of light and perfectly detailed blueprints of electric engines. We even know that for all of his incredible contributions he came up with failed inventions that were so potentially lethal and destruction causing, he almost leveled blocks of Manhattan. Like David Bowie in The Labyrinth playing with his crystal balls, Tesla manipulated the awesome power of energy and electricity like he was the only one to truly understand it.

What we don’t ever talk about are his early years and how life completely defeated him over and over until he had nervous breakdowns, remarkably bouncing back from each crushing, life-altering failure. Some of which were caused by forehead-slapping bad luck. This period of life is often overlooked. No one feels confident with life decisions in their early twenties, and failure is just a fact of life for several excruciating years in row. But no one has had a string of setbacks quite like Tesla.

He Was Too Smart and It Creeped Everybody Out

People fear what they don’t understand, and a fourteen year old super genius who could perform integral calculus in his head and recite entire novels from memory gave his professors the heebie jeebies. They accused him of cheating.

After proving his accusers wrong and blowing through a four year school term in three years, he comes home triumphant only to contract cholera.  Luckily, being near death and bedridden for nine months gets him out of having to join the priesthood. His father promises to send him to engineering school if he can survive cholera.

During his first two years at The Austrian Polytechnic in Graz, Austria, Tesla is killing it. He is the top student, never missing a lecture and going above and beyond on all exams and requirements. He never stops working, again creeping everyone out, and causing his professors to send letters home warning his parents that he may die if he doesn’t leave school. At the end of his second year he loses his scholarship, and becomes addicted to gambling. Major setback.

Year three at school is a real low point. He gambles away his tuition, allowance, and savings. A rather severe deviation for the school superstar. Tesla also doesn’t sleep, (and never will) and gambles for up to 48 hours at a time. He drops out of school.

Mortified and ashamed, he cuts off contact with his family, causing them to think he’s died. Instead, he’s working as a draftsman and playing cards on the street in his free time. He has a nervous breakdown.

A second chance! Sort of!

After somehow winning back his family’s money and putting gambling behind him cold turkey, his uncles scrape up the money to send him to Charles-Ferdinand University in Prague! But, he shows up just a hair too late to enroll and has to audit every class, never receiving a grade.

A major bummer for his female admirers, Tesla remained celibate for 86 years.  I consider this a failure, since it could have easily happened for him, and would have only taken a few minutes away from his lab time. It would have given him much joy, but he thought intercourse would rob him of his scientific gift. Oddly, he was quite the feminist, sympathizing with the female fight for equality, even theorizing that women would be the dominant sex in the future.

Dear Nikola Tesla, your setbacks and failures made you strong and extra crazy, thank you for persevering and making the world what it is today.

Fundraising: How To Say "Give Me Money"

How do you successfully bootstrap a side hustle into a six-figure business? Building a wildly profitable business is simpler than you might think. With the right business model and strategy, you can build a successful side hustle that doesn’t require any external funding and turn it into your full-time job.  Here’s how I did it...