How Xiaomi became the world’s most valuable technology startup

By meeting the needs and demands of consumers Xiaomi is one of the most valuable technology startups around the globe at rapid fire speed. 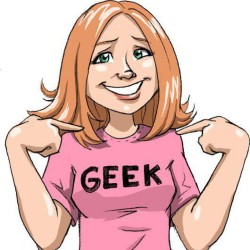 Xiaomi builds itself into a valuable technology startup

It’s no surprise that the global sale of smart phone have been growing in the last couple of years. However, going by the statistics, one would be surprised that the star performer in the last quarter of 2014 hasn’t been Samsung or Apple. Xiaomi currently heads the charts with 15.1 million devices shipped during the last quarter of 2014 and the sales have been consistent in the first week of 2105 too. Ranked 3rd in global sales, the Chinese manufacturer has been able to capture 5% of the global share, from a considerate low of 1.5% this time in 2014.

While the world is still hailing the new Xiaomi technology, it isn’t something new for Chinese users. Xiaomi’s phones have been popular in China since its first launch in 2011. Xiaomi also has the largest market share in its home ground. By the end of 2014, however the success of Mi4 device attracted global attention and the start-up received a $1.1 billion funding from several investors. As of now, Xiaomi is valued at $46 billion. According to Lei Jun, this is just a new stage in the development process but the start-up has surely risen to become a huge success. The company has undoubtedly won the title of being the most valuable technology start-up.

The company and its introduction

Xiaomi was conceived by 8 partners on 6th June, 2010. The first investors were Temasek Holdings, Qiming Venture Partner, Qualcomm and IDG Capital. By August that year, Xiaomi had already come up with its first firmware called the MIUI. Consequently, its first smart device, the MI1 was launched in August 2011. The device resembled the Apple iOS and Samsung’s TouchWiz in many aspects. Overwhelmed by the demands in the Chinese market, Xiaomi decided to increase its markets, Singapore being the first stop. Subsequently, Xiaomi phones became popular in the Philippines, Malaysia and Indian markets. The turning point of the company however was the RedMi Note, featuring an octa-core processor, a 5.5 inch Touchscreen and available at almost 1/4th the price one would pay for a basic iPhone. As for Lei Jung, the success of Xiaomi has been about selling their devices close to the bill-of-materials prices.

How did Xiaomi capture the market?

As of today, one can say that this Chinese start-up has been able to grow from rags to riches. Starting from “almost scratch”, the company was able to grab the leading position in the home market in 2014. A business model that follows production of cheap smartphones and backup by technology in line with world leaders, it was able to overthrow Samsung’s sale in 2014. The best move however was to enter overseas markets for low cost smartphones. In India alone, the start-up was able to sell more than a million devices in less than a period of 5 months. The company didn’t even have an office in India, but partnered up with Flipkart, the largest online Indian retailer to reach those figures. In 2014, the company sold a total of 61 million phones whereas; its sales figures were just 20 million in 2013.

How has been the journey of the company so far?

Starting off in 2010, the company has been able to rank itself as the third largest seller of smartphones globally in just 4 years. In December 2014, the company surpassed Uber (a taxi booking app) which had so long held the title of being the most valuable start-up technology. Seeing the opportunities, Xiaomi is already planning to increase its investments in overseas markets like India and Malaysia. While there was a brief setback when Sony Eriksson filed a patent violation and the Indian Government alleged that the Chinese company is mishandling data, Xiaomi plans to get things to square-one. In fact, the start-up will be unveiling a flagship device this January, the details of which still remain undisclosed.