Superb multi-taskers, cool-headed, wise and all-knowing, moms are a special species. But if you add to that the fact that many of them are the masterminds behind thriving businesses, it’s apparent that moms are able to surmount mountains – while making it all look like a cakewalk. And we’re not saying that just because of Mother’s Day.

In an effort to celebrate the triumphs, tribulations, and incredible capabilities and achievements of moms running businesses across America, we launched our first annual StartupNation Leading Moms in Business Competition and set out in search of the top 200 moms in business.  The thousands of self-nominated contestants illustrated exactly how dynamic moms are in their communities, adding color to the traditional 1950s mom portrayed in black and white TV land.

Then we let America choose their favorites. And after several months, the Top 200 Winners for 2009 have been announced.  The contest struck a chord as the contestants reached out to their circles to generate support and more than 620,000 votes came pouring in.  And as word spread and buzz was created, we took our own tally and watched closely to see if we could identify the themes or trends common among mom-owned businesses. We found several. Perhaps those listed below will help explain what makes mom-owned businesses tick.

Moms Want To Make a Difference

One thing that makes moms so easy to love and so successful in business is that they’re motivated by more than just dollar signs. Sure, money is still a driving factor, but making a difference runs high on the list and, many times, even trumps money. Authors Kira Gould and Lance Hosey address the topic of a greener gender in their book, Women in Green, stating that studies show that women are more likely than men to support environmental causes through voting, activism and consumer choices. That conscientiousness often extends to the types of businesses moms choose to start.

Take Margaret Light, creator of the TwiddleMuff, a soft fabric muff designed to provide comfort, warmth and activity for the elderly. Her inspiration for the TwiddleMuff came from her desire to ease the discomfort that her 90-year-old grandmother was suffering from due to the diminished use of her hands.

Although her grandmother provided her with the initial inspiration for the business, it’s now the thousands of customers benefitting from her creation that keep her motivated to continue. “Knowing that I’ve maybe made somebody’s life a little more comfortable or easy makes it well worth the issues that I face as I go about growing this business,” says Light. She has since extended her product line, incorporating cat and dog designs as well as different colors to meet the various demands of her growing list of customers.

Running a Business: a Family Affair

We came across several mom-owned businesses among Top 200 where the children were involved, but we were struck most by Yana Berlin. Berlin launched Fabulously40 and Beyond, a social networking site geared toward women over 40, in 2006. Now, the site has thousands of members from around the world including the United Kingdom, Canada and Australia. And its success is in large part due to her four children and nephew who help out with various aspects of the business ranging from helping her navigate the technical challenges of starting a social networking site to spreading the word through public relations to keeping the business profitable with strategic financial budgets.

Berlin never thought that Fabulously40 and Beyond would become a family business, but it has – to the point that it’s difficult for her family to talk about topics other than the business. Overall, the experience of starting a business has been life-changing and has even inspired Berlin’s eldest child to help other small business owners with the public relations side of business. “Once children see their parents are doing something and they help their parents, it really sets them on the right track.”

Berlin is not the only one to involve her children. Statistics show that family companies are responsible for 60 percent of the nation’s employment and 78 percent of new jobs created. Meanwhile, evidence indicates that women-owned family businesses are better prepared for transition scenarios and have higher success rates than businesses controlled by their male counterparts.

Being the perennial jugglers they are, moms treasure flexibility. Flexibility is so important that many have made sure that it’s a part of their lifestyle.  It’s a trend, according to the Bureau of Labor Statistics, which has confirmed that nearly 26 percent of working women with children under 18 work flexible schedules today compared with just 14 percent in 1991. In search of flexibility, many moms turn to starting their own businesses in order to obtain control over their schedules, stating that, despite the fact that starting and running a business can be an extremely difficult task, they’d have it no other way.

Nina Rodecker, founder of Tasty Clouds Cotton Candy Company, is one such mom. Rodecker had always known that she wanted to start a business of her own, but it wasn’t until she was pregnant and the cravings kicked in that she found her inspiration: a catered cotton candy machine rental service.

Now, with an infant and a business to nurture, she has found a way to make it all work in harmony. “I spin the cotton candy, return phone calls, reply to emails when my baby’s sleeping or when he’s calm, I schedule events and pick up orders when I know that there’s no prior engagement, and I always allow extra time [to account for my] baby’s crying,” says Rodecker.

Home is Where the Money is

Many mom-owned businesses are proving that some of the best businesses are those that cater to hobbies women like to do at home. Take scrapbooking for example. Scrapbooking.com believes that the industry has the potential to grow to $4 billion in the next ten years. In addition, with the down economy forcing consumers to enjoy “staycations” and appreciate all that’s local, home is becoming more of a treasured place than ever.

Kate Rothacker has found success by creating a home… away from home.  As founder of the Cozy Crop House, she offers her guests a scrapbooking retreat where they can treasure their memories, bond with others, and share meals together.  The business is doing so well that Rothacker just opened a second location.  “It is something that [guests] want to remember and come back to,” says Rothacker. “They’re looking for a place of comfort.”

On many of the main social networking sites, women outnumber men by a considerable amount, but we also found that mom business owners are at the front of the curve when it comes to using sites like Facebook and email marketing solutions from turn-key providers like VerticalResponse to generate awareness for their businesses. In anticipation of this, StartupNation provided “Vote for Me” widgets that contestants could seamlessly incorporate into their emails, social networking profiles and blogs.

Rothacker uses both social media and email marketing to get the word out about Cozy Crop House. She released some of the first pictures of the new location on her business’s Facebook page and created an exclusive Yahoo! group for her past guests so that they could network with each other.   It might be Rothacker’s use of email marketing, though, that really helped her win the votes. “It was a great way to ask people to help spread the word to people who basically share the same interests without saying, ‘Would you please tell people about our business,’” says Rothacker.

In every sense, the Leading Moms in Business Competition was a smashing success. We had thousands more contestants and hundreds of thousands more visits from votes than we anticipated.
Most importantly, we received feedback from the contestants that confirmed that their participation in the competition generated positive interest and awareness around their businesses. The moms were able to monitor their progress in the competition by viewing their meters which ranged from “cool” to “on fire” depending on the number of votes they had received. “There is certainly a bit of status connected with being on fire and that was very exciting,” says Rothacker. Meanwhile, Berlin couldn’t believe when the community of women on her site logged in daily to vote for her. And Light enjoyed an increase in sales thanks to the interest and word of mouth that the competition generated for her business.

Just as with our annual Home-Based 100 Competition, our goal with the Leading Moms in Business was to shed some light on the unsung heroes of the US economy.  We’re thrilled about the success of this first annual effort, due mostly to the dynamic, innovative and resourceful entrepreneurs at the heart of it all – those amazing moms in business who keep the wheels turning for their families and in their entrepreneurial life. To all 2009 contestants – and especially the Top 200 Winners – we say, congratulations! 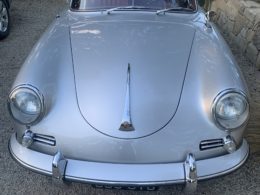 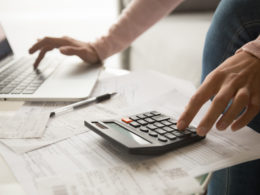