Why Entrepreneurship Is Not Cool 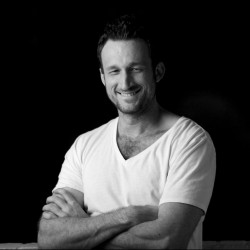 I was having my usual morning coffee at my local cafe when I overheard a conversation at a table next to me.

A young entrepreneur was getting interviewed by a reporter from a publication that is quite big in the startup community.

The questions this reporter was asking hammered home a point for me that there’s quite a bit of glory getting attached by the popular media to the idea of entrepreneurship.  Successful startup owners are being paraded as borderline celebrities: living a trendy life in which they rub shoulders with venture capitalists as they chase millions of dollars in funding to bring their latest idea to the market.

I didn’t hear the reporter ask this businessman anything about the day-to-day realities of having a startup. Rather, it seemed like she was trying to squeeze as many sound bytes out of this guy as possible.  Words like “million”, “funding”, “capital” and “seeding round” flowed freely.

It reminded me of those movie star interviews, in which someone like George Clooney gets asked about the special effects, the exotic locations, the babes, the huge budget, how amazing the other movie stars they worked with were, how amazing the director was and the paradise in which they were filming.

But rarely do you see interviews in which actors – famous or not – actually get asked about what it’s like to be them.

I’m talking about the challenge, the nerves and the cold sweat, the pressure to perform, the thought that you’re responsible for other people’s money, the thoughts about failing in front of millions of people and facing trade-offs between doing what you think needs to be done versus what you’re getting paid to do.

By omitting those (raw and often dark) details, reportage like this is unable to set a proper context for the story of rewards that a person experiences when he pushes through the challenges and experiences success.

Let me share with you details of very un-cool things which I’ve had to experience while bootstrapping two startups over the past 2 years. These are things which I rarely see mention of in mainstream entrepreneur media.

When you start, you know in theory that your money and your business money should be separate. But the reality is that every dollar you spend on yourself is a dollar you could (potentially) leverage in your very fragile new startup. And you never  really escape the thought that it could be that dollar which makes all the difference between honing in on  your unique value proposition (or finding the right team member or sealing a deal with a strategic partner or discovering a profitable marketing channel – whatever your priority is at that point in time) and continuing to stab in the dark.

This is made more complex by the fact that sales are irregular, which makes budgeting (and strategic planning) with any degree of accuracy is difficult. You have to make budget calls often, changes of getting them wrong are high and if you make a mistake, the place you feel the impact most is your own personal finances. The number of times my phone was disconnected in my first year was countless.

Apart from money, your brain power is the other main resource you have at your disposal. Just as there’s always something you could spend every available dollar on, there’s always a thought, strategy, enquiry, blog post, comment, feed or technical issue you could give thought to.

My fiancee used to laugh at me when I’d take my phone with me to the toilet. Now she gets it. What’s the point of sitting there, staring into space if I can leverage that time by firing off a few tweets? It’s a running joke between us now that we got our first 50 Twitter followers from the toilet seat.

Lack of time is just the surface of the issue, however. The real issue is not being present. Because when you do finally devote time to activities outside business – like spending time with family, for example, you are often there physically, but not mentally.

Few friends who “work for the Man” will never get what it’s like for you. Your friends who have started a business and had a rich dad fund it will not get it, either. Many will talk about you behind your back – and not in the nice way. They’ll take your disappearance personally.

I’ve found this to be a blessing in disguise. Over the last few years I’ve learned who my friends really were. There are some people with whom your bonds transcend the surface elements of your life – they are based around life’s context, rather than content. There’s a certain understanding and a knowingness between you.

Other relationships are content-based and require propping up and management. They begin to crumble if  you “haven’t gone out for coffee” for a while.  Empathy and understanding are quick to give way to insecure brain chatter about the other person.

Why am I sharing this with you? I’ve found entrepreneurship to be an activity that is be a source of  incredible fulfillment, relief, love and joy. These life qualities, however, do not arise from a void or even a place of comfort – they are most fully experienced when odds have been beaten, challenges have been overcome, failure was interspersed with victory  and you constantly find your outside your comfort zone.

The dark and the beautiful are like the ying and the yang – they are only understood as an opposite of one another. Without one you will not fully experience the other.

My point in all this is that mainstream publications for which entrepreneurship is the main focus have a responsibility to report the full realities of this work, instead of portraying it as a cool, new, exciting, fad that Millennials are “into.”

Finally, I sincerely hope they don’t follow the path that their counterparts who cover big business have taken, which is choosing to provide little authenticity, analysis and vision, instead focusing on compiling “Rich Lists” and CEO salary scales (I’m looking at you, BRW), interspersed with ads for Rolex, Bentley and private jets leases.