1 post
Kathryn Minshew is the founder and CEO of The Muse. Kathryn has spoken at MIT and Harvard, has appeared on the Today show and CNN, and was named to the Forbes 30 Under 30. Alexandra Cavoulacos is the founder and COO of The Muse. Alex was named one of Inc's 15 Women to Watch in Tech and to the Forbes 30 Under 30 and is a frequent speaker who has appeared on WNYC and as SXSW. 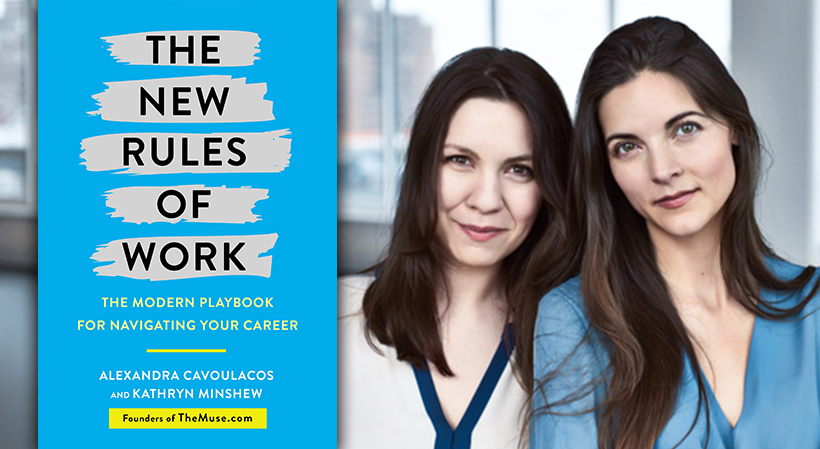 Co-Founders of TheMuse.com Share the New Rules of Productivity

The following excerpt is adapted from "The New Rules of Work: The Modern Playbook for Navigating Your Career" Copyright © 2017 by Alexandra Cavoulacos and Kathryn Minshew. Published by Crown Business, an imprint of Penguin...
byKathyrn Minshew and Alexandra Cavoulacos