1 post
Michael Bungay Stanier is the author of six books, which between them have sold more than a million copies. He’s best known for "The Coaching Habit," the best-selling coaching book of the century and already recognized as a classic. Michael was a Rhodes Scholar and plays the ukulele badly. He’s Australian, and lives in Toronto, Canada. Learn more at MBS Works. 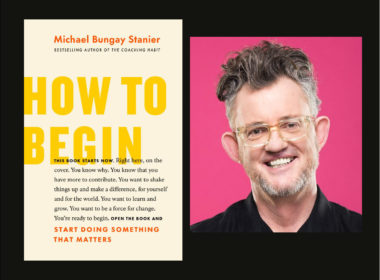 This excerpt is adapted from “How to Begin: Start Doing Something That Matters” by Michael Bungay Stanier  ©2022 and is reproduced with permission from Page Two.   It’s Hard to Be Ambitious I’m in my fifties, and one of the small but insulting ways my body’s aged is that my eyesight’s warped. I now spend too...
byMichael Bungay Stanier