Everyone Has Unfair Advantages. Learn to Leverage Yours 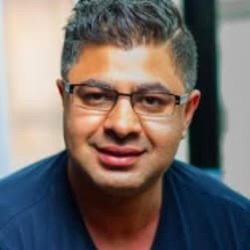 Latest posts by Ash Ali and Hasan Kubba (see all)

Excerpted from “The Unfair Advantage: How You Already Have What It Takes to Succeed” by Ash Ali & Hasan Kubba. Copyright 2022 by the authors, and reprinted with permission of St. Martin’s Publishing Group.

Imagine two identical applicants for the same job, Sally and Jenna. They have the same experience, the same qualifications, the same everything. Sally applies for the job the usual way, through an online portal or jobseeker app. She takes time to write a nice cover letter, she’s already spent hours and hours on her résumé—the formatting, the wording, trying to make it sound great. She then hits the submit button, crosses her fingers, and hopes for the best.

Jenna, on the other hand, doesn’t make such an effort. She has a friend who works at the company. Her friend recommends her and hands her résumé directly to the boss. Who do you think has the better chance of landing the job? The answer probably came to you straight away. Jenna has a better chance because of the connection, a personal recommendation from a friend who works there.

Viewed from afar, that’s the simplest form of Unfair Advantage. Jenna’s friend’s recommendation boosts her status to the boss, giving her a massive leg up. Now imagine if David, whose mother just happened to be a senior manager at the same company, came along looking for a job? Then who has the upper hand? What about if we take it a step further—what if David’s mother owned the company?

Now that’s an even stronger Unfair Advantage. We all like to think the world doesn’t work this way, but we all know it does. This example is clear, but it also highlights the way that particular Unfair Advantages can be abused. Collectively, we should always try to increase the fairness of society, but remember: We will never be able to fully eradicate human biases that lead to Unfair Advantages like this. Instead, we want to leverage them (hopefully ethically!). Life isn’t fair. But if you use the unfairness of life as an excuse to have a victim mindset, to stop yourself from striving to achieve your goals, to make your dreams a reality, then you’re only shooting yourself in the foot.

Our aim is not to make you look at the world and despair, or to think that if there are unfair elements at work then it’s not worth trying. Instead, we want to equip you with knowledge of the obstacles in your path, and also the possible shortcuts that are in front of you that you may be unaware of. It’s like a headwind—if you’re cycling straight into the wind, you’re going to find it a lot harder than if you have a strong tailwind behind you pushing you forward. If you know about the wind in advance, then you can plan your cycle ride in the most favorable direction. We want to help you pick your direction. Hard work, grit, and perseverance are required, that’s a given. However, success also comes from identifying and then leveraging elements that are outside of your immediate, direct control. We call these elements Unfair Advantages.

Evan Spiegel’s business savvy and interpersonal skills couldn’t easily be copied, because he had absorbed at a young age from his parents and mentors what took them decades to learn. Oprah Winfrey’s early audiences were unique to her, whereas today many parents are too busy to nurture a toddler’s early attempts at a speaking career. And Ash’s own timely expertise and unique insights into e-commerce, SEO, and online marketing were exclusive to him.

Now, if you already have a startup, you may be thinking: What about for us? What is our Unfair Advantage? For any early-stage startup, the Unfair Advantage of that startup is the sum of the individual Unfair Advantages of the founders. Ask yourself: What do I personally have going for me that few other people do? If you have a cofounder, what personal advantage does he or she have? Always partner up with somebody with Unfair Advantages that balance out yours. Make no mistake, every successful company starts with a personal jumping-off point from the founders, be that money, intelligence, expertise, status, or connections.

Your Unfair Advantage is your personal economic moat. An Unfair Advantage is similar to what Warren Buffett calls an “economic moat.” As one of the world’s richest men and most successful investors of all time, he is often asked how he has such a knack for picking the winning stocks to invest in. His answer? He only invests in businesses with a strong, sustainable competitive advantage, and that competitive advantage can be thought of as a moat around the business, defending it from competitors. We believe Buffett’s theory is not just for businesses, but for everyone.

Investors and venture capitalists (VCs) expect you to be able to articulate what they call “your personal edge,” or your unfair advantage. If you aren’t able to do so, you may have a tough time getting the investments you want.

The impact of the founders on an early-stage startup cannot be overstated. That’s why you, the founders, are the ones whom investors will be interviewing. You decide the direction of your company. You set the culture at the company. That is why we focus so closely on founders, and on what you bring to the table from the beginning. As a company grows and employs more people, and systemizes itself as an entity, the impact of the founders diminishes. The business increases its head count and develops its own systems, policies, and standard operating procedures. From there, rather than having Unfair Advantages, a company now has sustainable Competitive Advantages (in the traditional business school sense).

Competitive Advantages are to businesses what Unfair Advantages are to individuals and early-stage startups. Now the company has its own brand power, its own institutional advantages of scale, cash flow, a database of customers, suppliers, and 55 partners. As a founder or director, your job is now to look at what you’re missing in a company and bring someone in, or decide to expand your operations, or ask your marketing and PR team to put a new spin on how you pitch your brand. Larger organizations and corporations should remember to treat every new product launch like an agile, iterative startup, and to look at the people in that team as though they were the founders. They should ask: What are their Unfair Advantages? In the very beginning, however, it starts with the individual founder or cofounders, and only them.

“The Unfair Advantage” can be purchased through StartupNation below: 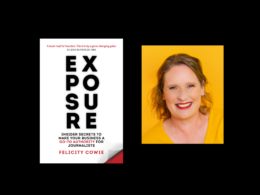 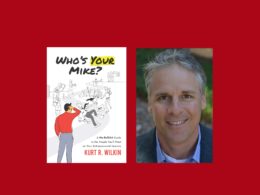 What About Mike? How to Handle a Weak Link on Your Payroll

The following is an excerpt from “Who’s Your Mike? A No-Bullshit Guide to the People You’ll Meet on Your Entrepreneurial Journey” by Kurt Wilkin. Copyright 2022 by Per Capita Publishing.  Do you have a Mike?... 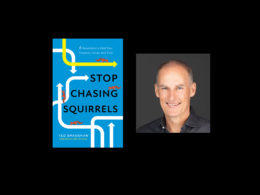 Why I Would Rather Be Guided than Driven

The following is adapted from "Stop Chasing Squirrels: 6 Essentials to Find Your Purpose, Focus, and Flow" by Ted Bradshaw. Copyright 2022 by Lioncrest Publishing.   When I was a young businessman, chasing possibilities didn’t... 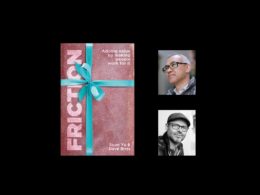 Eliminating Friction is Bad for Business. Embrace A Dose of Good Friction Instead.

The following is an excerpt on leadership from “Friction: Adding Value by Making People Work for It,” by Soon Yu and Dave Birss. Copyright 2022 by Zenkarma Media.   Employers and employees have seen the...