Perform Your Way to Small Business Growth with These 5 Principles 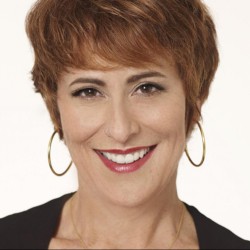 Cathy Salit
Cathy Salit is CEO of Performance of a Lifetime, a consulting firm that uses the art and science of theatrical performance to help leaders, teams and organizations grow by focusing on the human side of business strategy. Her new book, “Performance Breakthrough: A Radical Approach to Success at Work” (Hachette Books) is available now, wherever books are sold.

For the second year in a row, our training and consulting company, Performance of a Lifetime, has been recognized as one of the Inc. 5000 fastest-growing companies in the U.S. What insights can we offer small business owners for how we achieved the double-digit growth that earned us this distinction? What’s working for us, and how can it work for you?

In this article, I’ll share the principles of theatrical performance that have played a transformational role in the success of my company. These practices are the basis of our work with our clients, and they love the results. But they’re also how we’ve thrived and achieved small business growth, and how your startup can do the same:

Listen and hear the offers

Back in the mid-nineties when we began, Performance of a Lifetime was a B2C business, a school in which we taught workshops in improvisation and performance to folks who were not interested in a career in acting, but were interested in making changes in their lives, seeing new possibilities, growing and developing.

One day, a student of ours asked us to lead a workshop for her sales team at a financial services firm — they weren’t communicating well, either among themselves or with their clients, and morale was pretty low. I was sympathetic, but at first, I said no. Business people would never go for it, I thought. My partners and I were theater people, creatives who had never spent any time in the corporate world. I was sure we’d be laughed (or kicked) out of the building.

It was the rent bill that changed my mind. Our students loved our classes, but there weren’t enough of them to keep us afloat financially, let alone grow. So, I decided to respond as an improviser, to listen and hear the offer.

And surprise! We learned that those business types were actually people. Like all human beings, they have an innate capacity to perform and improvise (like we all did as kids, when that was a big part of how we learned and grew). So if we could tap into this powerful capacity and get them playing and improvising together, we could help transform how they communicated and collaborated. And that’s what happened.

But they weren’t the only ones transformed that day. By performing — pretending to be a company that worked with corporations — we started to become one.

“Follow the fear” is a common saying among performers. It’s all about taking risks and doing what feels scary, even if (and especially when) you don’t know where it will lead. It means that when you have a choice between doing what’s comfortable (often because it’s what you always do) or doing what seems risky, make the risky choice. It sparks your creativity and helps you see new possibilities.

This insight paid off in the early years of our business when I got a call from the president of Duke Corporate Education, a new executive education firm. She invited us to be part of a program they were launching for 2000 leaders at one of the Big Five (now Big Four) accounting firms. We worried about whether our methods would translate to an executive education program at this scale, but we decided to make the risky choice.

When faced with fear, it’s essential to bring your creative expertise together with your client’s goals in order to create a new culture, improve client relationships and grow internally. In order to do so, that sometimes requires discovering connections you may not have seen before. This not only expands your offerings and makes them more accessible to a broader clientele, but is also critical to the growth of your business.

Every entrepreneur has opportunities to expand into an unfamiliar market or meet new prospects in unexpected places: the next time this happens, follow the fear — and do it anyway.

Break out of scripted roles and create new ones

In 2013, I was approached to write a book. It was then that my inner voices started their harangue. Who do I think I am? I’m not a writer! Those voices had a valid point, and it might have stopped me. But I am a performer. In fact, we are all performers. When actors play characters, the reason they can do it is not because they’re talented (though that is why we pay to see them). They can do it because they’re human! We can all perform as who we’re not (yet) on the way to becoming who we want to be, and if I was going to write a book, I was going to need a new character.

Get to work, research, get a coach if you need one and rehearse. You may have to master a new type of performance, but it can be done. What’s a new role you’d like to try in your business?

Speaking of ensembles, building them has been a crucial driver of our ongoing success. As I grew into my author role, the Performance of a Lifetime ensemble had its own new performance to create. I moved out of most day-to-day decision-making, and what followed was no less than a total reorganization of the business, with every member of the team stepping up. Everyone supported one another in performing ”bigger” — moving into new roles with new responsibilities, and often doing it before they knew how. The support of the ensemble made it possible to produce better processes, a new infrastructure — and a new record for revenue in the year that followed.

Grow your team at your own startup! Invest in your team members with opportunities to stretch, take on new roles and collaborate.

As you’ve seen, our story is as full of lackluster situations as any other, including the usual challenges we all have to deal with (think email server goes down, your business partner is a jerk, your client just narrowed the scope of your big project and lowered your fees, your car won’t start).

Counterintuitive as it may seem, we can create with this crap. I told you about the idea of the “offer.” When you relate to crappy circumstances as “offers” and not “problems,” everything changes. If the crap is an offer, then by definition, you have to build upon it. This can actually be a gift! It raises your game and leads to new ideas and approaches in response.

Creating your performance of (a lot of) growth

Taken together, the above practices are performing who you’re not…yet. We refer to this the Becoming Principle, and it blends the tools of performance and improvisation with the science of performative psychology to help leaders and organizations grow their people and their businesses. As I hope I’ve shown, it’s been vital to our own growth, as it can be to yours.

What (and how) are you (and your business) becoming?

Author
Cathy Salit
Cathy Salit is CEO of Performance of a Lifetime, a consulting firm that uses the art and science of theatrical performance to help leaders, teams and organizations grow by focusing on the human side of business strategy. Her new book, “Performance Breakthrough: A Radical Approach to Success at Work” (Hachette Books) is available now, wherever books are sold.
Comments by Vanilla