How The Internet of Things [IoT] Is Impacting Your Business 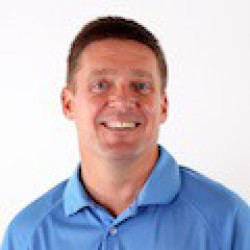 The Internet of Things (IoT) Impacts And The SMB Advantage

Discussions of the IoT (Internet of Things) are everywhere. Some experts lament the lack of device security while others claim the widespread use of wirelessly connected technology will revolutionize business. Market growth is substantial — according to a new report, the industrial IoT market is on track to reach more than $150 billion by 2020. For small and medium-sized businesses (SMBs), meanwhile, it’s often hard to parse the value of IoT on a compact scale: How will always connected devices impact the SMB market? More importantly, how can your company take advantage of this emerging trend?
Changing The Game
As noted by Forbes, the emergence of IoT has implications for businesses of every shape and size. The biggest impact? Data. Companies know that actionable data is their most valuable asset, and now leverage a host of in-house and as-a-service solutions to collect and mine this data. IoT changes the way this data is collected — instead of coming from “traditional” computing devices alone, data can be gathered from anywhere, anytime to produce a new view of business success and spending. For example, businesses have already started installing wirelessly connected sensors into office lighting and thermostats to determine where physical space is underutilized. This is just the tip of the data iceberg; IoT devices make it possible to collect information from virtually any source.
Management Madness
The sheer scale of this new paradigm is creating a problem, however: A big data “explosion” that requires effective oversight combined with a long-term use strategy — and most companies don’t have one. This need speaks to the first SMB advantage: With a smaller overall data set and fewer legacy technologies in place, small businesses are often able to “turn” more quickly than enterprises and identify key areas where IoT could benefit end users while also developing core metrics that clearly demonstrate the success or failure of IoT implementation over time.
Already On Board
How can SMBs benefit from this emerging technology and gain a march even on enterprise competitors? By embracing their existing business model. Consider: Many smaller companies can’t afford a dedicated, full-time IT department to oversee in-house technology. Combined with the fact that many SMBs are by necessity mobile and flexible, it’s no wonder that smartphones, tablets, portable POS devices and even wearables are common among small-business leaders.
As a result, these companies are primed for IoT adoption, since they’re already comfortable using many of the devices IoT depends on to gather data. Adding new sensors or data capture points isn’t out of the ordinary or jarring to tech-savvy SMBs, since they already depend on mobile technology to keep their business up and running. Put simply? Small businesses are better prepared for IoT.
Smaller Surface
Small and midsize companies also have an advantage when it comes to IoT security. According to Beta News, a new market for hackers will emerge alongside IoT as they start producing “fake” sensors to allow data theft — the black market for these kinds of devices is predicted to reach $5 billion over the next few years — prompting a 20 percent uptick in IT security budgets as a response.
The big benefit for SMBs? Much smaller attack surface. While enterprises might have thousands of smartphones already on their network and have plans to introduce at least that many IoT sensors, many small businesses require less than 100 mobile devices to get the job done. Introducing even double that number of wireless sensors and data mining tools still results in a manageable IT outlook — with the help of reputable third-party consultants and security experts, SMBs can jump on the benefits of IoT while staying ahead of the security curve.
IoT is coming, and bringing big change to enterprises and small businesses alike. With an already-mobile mindset and smaller attack surface, however, SMBs may have the adoption advantage.
http://filesolve.com/
Total
19
Shares
Share 19
Tweet 0
Pin it 0 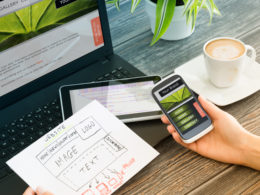