Learn from the Top 10 viral videos of 2008 to see how to grab the attention of your target audience through video marketing. 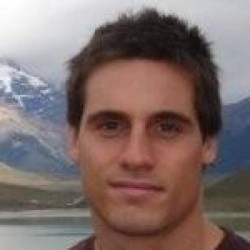 Video marketing is a hot trend right now. Between social networking and the power of YouTube, viral video marketing has taken the Internet by cyber storm. The strategy behind viral marketing is “word-of-mouth.” People pass the video to other people and the message/content spreads quickly.

YouTube is the most watched video site on the Internet. Seeing what’s popular on YouTube in general can provide insights into what would be popular for your small business video marketing as well.

With that in mind, let’s review the top 10 most-watched YouTube videos from 2008.

There’s a reason behind WHY these videos caught on quickly. People loved them and correspondingly passed them along to others. These videos allow people to take time out from their busy lives, and provide music and entertainment. Remember, your company’s videos do not necessarily need to be serious or dry or educational just because they are business videos. Sometimes, taking a different path can help you truly stand out from the crowd.

The Main Elements of Viral Videos

The following 10 most-watched YouTube videos have the main elements that make up GREAT (and popular) viral video campaigns. Consider these elements when you create your own viral video marketing campaign:

#1 Avril Lavigne – Girlfriend – Catchy songs and lively music videos capture people’s attention quickly and that’s why Lavigne’s video landed the #1 spot. At the end of 2008, this pop music video had been viewed over 103 million times worldwide (currently viewed more than 120 million times!). It was rated over 250,000 times with an average rating of 4.5 out of 5.0 (over 300,000 comments were posted about the video).

#2 Evolution of Dance – This quirky, funny video slipped to #2 in the rankings in 2008 with more than 100 million views at the end of the year. Evolution of Dance had won the #1 spot in 2007. This video brought in over 400,000 votes (4.5 average rating). It has all the elements that make up a popular YouTube video–a goofy, clever SHORT video that makes people laugh.

#3 Lo que tú Quieras Oír (Spanish translation: “What you want to hear”) – Who doesn’t love a good romance? This short, quirky Spanish movie features a soap-opera type story line. This love plot was a big hit (over 76 million people watched this video by the end of 2008). When it comes to viral marketing, drama and romance win every time!

#4 Leona Lewis Bleeding Love – Leona Lewis is another well-known pop singer and in 2008, Bleeding Love was blasted out on the radio and online. With over 70 million views and 160,000 ratings, Lewis drew in viewers with her sappy broken hearted love song/video.

#5 and #6 Rihanna – Don’t Stop the Music Video and Chris Brown – With You – If you followed the Chris Brown/Rihanna drama in the news, it’s not a big surprise that their videos are in the top 10 most watched videos list of 2008. People love drama and controversy, especially when it comes to celebrities.

#7 Timbaland – Apologize (feat. One Republic) – This is another cool music video that is a favorite amongst pop music lovers. This popular song topped the charts in ‘08 so it’s not surprising it’s #7 on the list.

Eager for more? Check out Zeke’s series "Getting Social Smarts" and his three podcasts below for more great social marketing information and tips!