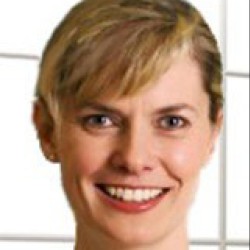 Joel Roberts
Contributor at StartupNation
Joel Roberts is and a business consultant for Oracle Primavera Viewer and Microsoft Project Viewer. She is a Mind Mapping expert with numerous mind maps created and used as templates. Her articles have been featured more than a dozen business websites.

They say that a good manager is distinguished from the rest by the way he takes care of the ones who are positioned below him. This is true for the most part. However, there are other things that would also be incredibly important and determining. In order to be constituted as a great leader and a successful one at that, one would have to be aware of how to handle workplace conflicts. In fact, this is one of the main designations for the manager – the ability to manage conflicts, as they are going to occur often. This is what’s going to separate the great leader from the good one.

This is the first thing that has to be considered. People usually create unnecessary conflicts out of a variety of different reasons. A successful leader is well aware of the time frame within which he should interfere. There comes a certain point throughout the conflict itself after which there is no turning back to the same relationship. This is something that the manager can’t have as employees need to be in proper working and prosperous relationship with one another in order to drive a corporation forward. This is why the leader has to interfere before the so-called point of no return – this is incredibly important.

A successful leader has boundaries that he’s aware of

It’s not enough to have boundaries. Often, in the momentum of a heated conflict or an argument people tend to lose their cool. This is something that a leader can’t afford to do. Keep in mind that the moment you lose your calm is the moment the other side wins the argument. This is why a leader must have boundaries that he shouldn’t overstep. Mediocre managers may ramble about their boundaries but they are going to overstep them on occasion – a great leader would never allow himself the courtesy of doing so.

This is something that’s incredibly hard for the majority of managers because of their leading ego. People in executive positions often tend to think that they are somewhat better and their opinion is far more valuable than that of the regular worker. However, while this is absolutely true, it doesn’t necessarily mean that your opinion is the right one. Sometimes the regular worker is capable of providing a fresh prospective and it is your duty as a successful leader to separate your personal issues and keep it professional.

As you can see, there are plenty of ways for a successful leader to manage conflicts, and all of them require thorough composure.

Author
Joel Roberts
Joel Roberts is and a business consultant for Oracle Primavera Viewer and Microsoft Project Viewer. She is a Mind Mapping expert with numerous mind maps created and used as templates. Her articles have been featured more than a dozen business websites.
Comments by Vanilla
Previous Article 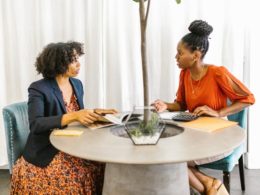 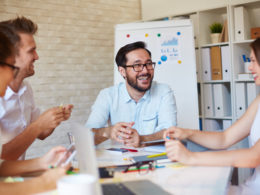