7 Common Startup Security Errors and How to Avoid Them 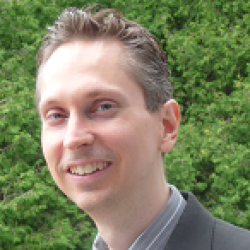 Small businesses have become a favorite target of thieves. In 2015, 43 percent of cyberattacks targeted small businesses with employees of 250 or fewer, according to Symantec data. Furthermore, approximately one in 40 small businesses are now at risk of becoming targets. As larger companies have improved their security, thieves have turned their sights to small companies that are perceived as easier targets because they make security errors.

The average cost for a small business to recover from a successful cyberattack is $690,000, according to Ponemon Institute research.

Even worse, IBM reports that 60 percent of companies hit by cybercrime go out of business within six months.

As these figures illustrate, your small businesses cannot afford to ignore security. If you’re worried that your company is vulnerable, here are seven of the most common security errors startup businesses make and how to avoid them.

If you’re trying to save money by buying a cheap security system, it is one of the biggest security errors you can make. The quest to cut expenses can lead you to buy a poor security camera that doesn’t do the job. For instance, a camera with poor resolution that is focused on too wide of an area won’t capture images that are clear enough to identify perpetrators.

If you’re going to invest in a security system, it’s more cost-efficient to buy a security system with 2K or 4K resolution that will capture enough detail to catch thieves rather than waste your money on a cheap camera that doesn’t function properly. Not only will you have not caught the criminal, but you also will have wasted your money buying a camera in the first place.

Installing cameras yourself and getting it wrong is another common mistake. If you wire a system incorrectly, or use the wrong kind of screw, you can damage your equipment and render it useless. Or you might spend hours installing a system only to find that it’s not working when you need it. Instead, get your equipment from a provider who will assist you with a professional installation.

Positioning cameras in the wrong places

You don’t want to set up cameras in the wrong place, either. If you fail to clear all obstructions from the view of the camera, it may not be able to capture the area you need to cover. You also should not expose your camera to moisture, sunlight or bad weather so it doesn’t get damaged. Have your installer assist you with setting up your cameras in the optimal locations to avoid this problem.

There are some other common mistakes that involve visibility. For instance, many stores block the view to the outside when securing their premises. This keeps thieves from enjoying an unobstructed view in, but it also keeps lawful passersby from seeing if thieves have broken in, removing one theft deterrent. In addition, it keeps employees from seeing out, which makes it easier for thieves to stake out a store.

Failing to provide adequate lighting is another visibility oversight. If your parking lot or store entrances are dark, thieves will feel bolder about breaking in and it will be harder for cameras to capture their image. Make thieves feel less confident and think twice by shedding some light on the matter.

When it comes to preventing cybercrime, passwords are one of the biggest vulnerabilities companies have. From leaving passwords lying in the open on sticky notes to using predictable passwords, employees are notorious for poor password management.

In fact, according to a Verizon study, 76 percent of corporate cyber security incidents involve weak passwords.

And the people who should know better are often the worst culprits. A survey by Intermedia found that 65 percent of companies in technology industries reported problems with employees sharing login credentials among coworkers. Make sure you enforce a good password policy at your company and don’t assume your employees will do it by themselves.

Another common security blunder is to leave computers, laptops and smartphones unattended for anyone to use or pick up. Seventy-seven percent of employees leave their stations with their computers unattended, a TrendMicro study found. Train your employees to secure their devices before leaving their station and not to leave mobile devices unattended. Also, make sure you have the ability to remotely erase company data from any devices that do go missing.