Franchise: Could It Be Right for You? 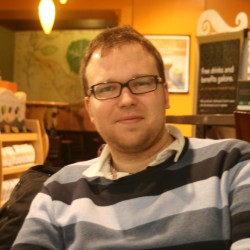 Is a franchise the choice for you?

If you’re a budding entrepreneur looking for your big break, you probably have hundreds of ideas running through your head. You may have considered any manner of industries and sectors, and countless business models.

It’s an exciting time to start a new business, since there’s growth to be had in a variety of sectors – home improvements, Big Data and freelancing to name a few. Freelance contract sites like oDesk have grown by 70% year on year in the UK, thanks to the growing market for contract workers, which is an attractive business because of the low startup costs and flexibility.

But research from Bloomberg shows that 8 out of 10 businesses fail in the 18 months. It’s a daunting statistic that reminds us that for every success, there are many failures.

A business idea which seems like a dead cert to be successful can be in the wrong place at the wrong time. GO Corporation launched a tablet computer called PenPoint back in 1991, a classic example of an idea ahead of its time, and a market not quite ready for the product.

These sorts of challenges are why many would-be entrepreneurs opt for a franchise business model. It’s a proven formula, which allows the entrepreneur to do what they do best. Lead and manage a team and drive growth, reducing the risk of failure.

The trends reflect that. Forbes magazine highlights that the 45 largest franchises gained stocks at nearly twice the rate of the Standard & Poor’s 500 in 2012 according to research firm FranDATA (23.2 percent versus the S&P’s 13.4 percent). Franchise businesses are growing faster than other businesses, and for that to happen people need to be opting for franchises, and staying open.

So why is the franchise business model so attractive to wannabe entrepreneurs?

For starters, running a new business is hard. Someone with a brilliant idea or concept can easily fail because of lack of marketing knowledge, cash flow control or sales skills. When you become self-employed, you have to switch between roles and wear many different hats, and for some entrepreneurs that can be a struggle.

The franchise company takes care of marketing and operations. Far from paying a premium for the privilege, franchisees can benefit from economies of scale allowing them to be more competitive than if they went it alone.

“When you add up all the costs of starting up your own business, it can be expensive. You buy a website, stock, vehicles, and before you know it you could have spent more than $10,000. Our franchise models start at under $3,500, so for many people who aspire to calling the shots, it’s an attractive proposition.”

How does a franchise model actually work?

Well, you pay a premium at the beginning to sign up, usually between $1,000 and $100,000. This varies on the franchise issuer, and what you get for your money. Usually this includes ongoing training, support and marketing campaigns. Then there are usually two additional fees, an annual fee for being part of the franchise, and a percentage of the profits. This all sounds like a lot, but when you factor in other costs of running your own business, the proposition begins to look attractive again.

When a new franchisee signs up to Tubz they get access to things that other businesses have to pay for.

“We cover marketing, R&D, operations and legal stuff. Businesses spend a fortune on legal fees and advertising, whereas we help them save on these costs. The cost is spread across all our franchisees. Crucially, they can focus on growing their business by finding new opportunities, not getting bogged down by paperwork.”

Some of the most successful franchise entrepreneurs start to make money when expanding their franchise empire. Hardy Grewal is an example of this. The former accountant bought into the Subway franchise, and his accountant brain realized that by owning multiple stores he could multiply his profits by 5, 10 or 20 times. With every new franchise, he was making more money than on the first.

The franchise model isn’t for everyone. If you take a McDonald’s franchise you can’t paint the golden arches red. You still have to comply with corporate guidelines and quality standards. For some would-be entrepreneurs, that’s too restrictive and rules out the option.

But for would-be entrepreneurs looking for a proven business model that’s scalable, it’s a great option.

How to Attract New Customers this Holiday Season