From Stealth Mode to Success: Launching an Under-the-Radar Startup, Part 1

Andrej Safundzic
Cofounder and CEO at Lumos
Andrej Safundzic is cofounder and CEO of Lumos. Before starting Lumos and doing his MBA and MSCS at Stanford as a Knight-Hennessy Fellow, Andrej sold a government startup to the German White House after successfully pitching it in front of Chancellor Merkel and her whole cabinet. He is originally from Croatia and Germany and loves reading fiction!

At Lumos, we raised $30 million in funding over a period of 18 months. And we didn’t say a word.

In Part 1 of this two-part series, we’ll talk about why we didn’t rush to market and why it worked.

It’s true that most companies get seed money and rush to market. We thought about it. But we ultimately decided against it. After all, our entire premise is finding a new way of doing things, so why not find a new way to launch? For us, stealth mode was the only way to go because it allowed us to build our foundation as a story-led company. Now, on the heels of our successful launch, we’ve got the right people, strategy and narrative in place to continue gaining traction without compromising who we are.

Telling our story as it unfolds helps us recognize lessons learned and help others not make the same mistakes.

In mid-2020 we founded Lumos. The company was born out of a passing conversation about online identities between me and my now cofounder Leo. We realized we have a unified way of signing up for apps, but no easy way to make sweeping changes to how we access them. One person could have 400 online versions of themselves, especially in the corporate world. It’s an APPocalypse. It’s also a pain in the SaaS. So we called our friend Alan. Alan determined that we need a unified authorization layer, or a single platform, to add, manage and revoke app access when needed. Mix in self-service app access and the implications were huge: We had the potential to upend how companies manage app access and kill the IT support ticket in the process.

At that moment we realized: We aren’t selling a better mousetrap. We are offering a different way of doing things.

And that’s when we knew we had to go beyond being customer-centric to build a story-led company. So we took the time to determine The Hero’s Journey we want our customers to follow and what we want them to become. We defined the change (the APPocalypse), the villain (IT support tickets, obviously), the promised land (self-governance) and the monster slayer (the self-service AppStore).

Once we defined The Hero’s Journey we needed to find the right storytellers. Those storytellers could live and work from anywhere; what was important was building the right culture. We worked hard to put together the right team that could tell our story and their own. Our engineers have teaching experience, our designers are architects, and our marketing team hails from the largest companies in the world or the scrappiest small startups. They’ve succeeded; they’ve failed. And every part of their own heroes’ journeys has shaped our strategy and culture.

We did it on our terms, are telling our story our way and are inspiring our customers daily to do things differently.

Now, here we are, out from under the radar with our funding and a mission to help IT leaders keep their companies productive. We did it on our terms, are telling our story our way and are inspiring our customers daily to do things differently. It’s working and we wouldn’t change a thing.

Since our launch, we built out our go-to-market teams, collaborated with a creative agency to create a fun spin on an explainer video, and even launched a community for heads of IT. Despite the economic downturn we’re adding new customers. We’re even on track to double our revenue.

We’re sharing our story because at an early stage success can feel out of reach. By the time you read about many founders, they’re well on their way to an IPO or buyout. But those in-between stages are important. Those founders didn’t find success overnight. Telling our story as it unfolds helps us recognize lessons learned and help others not make the same mistakes. If  you’re an early-stage founder or entrepreneur, you’ve gotten a lot of advice. We got a ton. And we didn’t listen to a lot of it. Remember, you can take a different path and still be successful.

In Part 2, we’ll talk about what we learned, what we’d change and why we didn’t take traditional advice.

Author
Andrej Safundzic
Andrej Safundzic is cofounder and CEO of Lumos. Before starting Lumos and doing his MBA and MSCS at Stanford as a Knight-Hennessy Fellow, Andrej sold a government startup to the German White House after successfully pitching it in front of Chancellor Merkel and her whole cabinet. He is originally from Croatia and Germany and loves reading fiction!
Comments by Vanilla 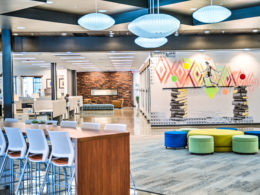 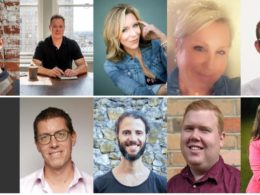 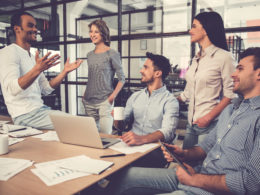 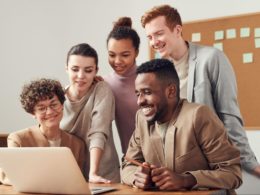