The Truth behind the Business of Football 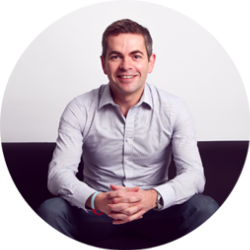 Alastair Campbell
Alastair Campbell is the founder of Nottinghamshire-based business data provider Company Check, and car search engine Carsnip.com, which he established in 2015.

The Business of Football in England – Cha-Ching!

Football is known as the beautiful game, followed by millions across the globe. But it’s rare that we look at the state of football as a business.

New research into the business behind football has revealed football’s biggest financial winners and losers during the 2014/15 season, showing which teams made their money go furthest and which were most wasteful.

The ‘Golden Goals’ financial data, compiled by my website Company Check, reveals how each of the 92 clubs in the Football League compare on assets, turnover, cash at bank and wages and salaries.

Using data submitted by each club to Companies House, the league also calculates how much each goal cost clubs, how much they generated in turnover.

Arsenal were the champions of cash at the end of 2014, with £76 million in the bank, while Manchester City came top of turnover with almost £350 million, more than any other English team.

Liverpool were the clear losers when the ‘cost per goal’ was calculated, with each of the team’s 52 Premier League goals this season costing more than £2.7 million. The winners were Crystal Palace, who spent less than £12,000 per goal.

Clubs are regularly judged by their performance on the pitch, so it’s very interested to see a snapshot of the state of football, from the riches of the Premiership’s top four to the battling teams of the lower leagues.

The top 92 clubs in English football spent a total of £2.3 billion on wages and salaries during the 2013/14 season. This season that figure will probably be even higher, however in terms of turnover they added almost £4 billion to the British economy last year. This just shows how important football is for the UK, despite the eye-watering salaries.

For the typical fan though, more important than the astronomical numbers will be just how far their own club makes the money from their season tickets go. Reading this list, some will be pleasantly surprised at their team’s performance – others, I’m afraid, might be less than impressed.