Chad Mulder and his family have set out to create a sustainable business that generates transformative jobs for brighter economic futures around the world. 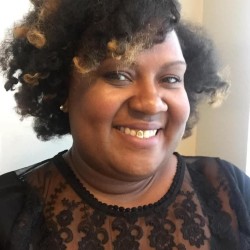 Chad Mulder was inspired to create ruly after traveling in East Africa with his wife and young boys as volunteers for a fair trade company. He was captivated by the way entrepreneurs were designing startups to address big social issues and the positive impact they had on local families.

“We want to see the end of extreme global poverty. It has ravaged too much of the world for too long, and it has been especially brutal for women,” Mulder said. “Instead of aid or charity, we’ve set out to create a sustainable business that generates transformative jobs. Not just any kind of job, but tech jobs. We believe this type of job creation can change the economic future of women, families and communities.”

His answer to help women is ruly, a digital photo concierge service with a mission to create tech jobs for women in poverty. The service provides a much-needed solution to the problem of unorganized digital photo files. Most people take a lot of digital photos but rarely organize them because it’s such a time-consuming, painstaking process. Of course, the more the problem is neglected, the worse it gets. Technology alone doesn’t provide a good solution because it cannot replicate the key element of human judgment.

ruly aims to solve the overwhelming photo problem while also pursuing a social impact goal of providing technology jobs for some of the world’s most marginalized. Women living in poverty in developing countries are trained as photo specialists to sort and edit large quantities of photos. With this training, they can become active participants in today’s most promising economy–the digital economy.

For customers, the ruly solution is simple. Customers send their photo files to ruly through Dropbox. Each photo is assessed individually to separate the Klutter–unnecessary duplicates, shots that are out of focus, and mistake shots–and identify the remaining Keepers. No photos are ever deleted; they are merely moved to orderly subfolders. From the Keepers, ruly photo specialists then find the very best shots–the Highlights. Customers can elect to have their Highlights edited, including cropping, color optimization, and beautiful filters. Highlights from the entire year are aggregated into an Annual Highlights folder, making a year’s worth of the best photos completely ready and accessible for any creative project or photobook. The ultimate result: a thoughtfully organized library that makes navigating photo files intuitive and edited Highlights readily accessible.

To source its workforce, ruly has partnered with Samasource, a nonprofit organization who connects unemployed women and youth in impoverished countries to digital work. Over 92 percent of new workers starting with Samasource are unemployed or underemployed. On average, these workers increase previous income by 114 percent after six months of Samasource employment, and 89 percent pursue additional means of formal employment and/or education after working for Samasource.

In December 2014, ruly set out to raise $10,000 through crowdfunding on IndieGoGo to fund expansion of its photo organizing service. When I caught up with Mulder, ruly had already surpassed its goal.

Natasha Clark (Clark): What about your time in East Africa gave you the motivation to come home and found ruly?
Chad Mulder (Mulder): I had traveled internationally quite a bit before this particular trip, but there were a few things that made it more impactful. First of all I was with my wife and two boys, who were three and four at the time. We met a number of local families who had kids of similar ages and I couldn’t help think about the massive social juxtaposition: because my boys were born in a wealthy country, they have incredible advantages, while African kids face a number of complex (and devastating) social, economic and health issues. Their futures are completely different, based solely on the “birth lottery.” To me, this was really troubling. On a more positive note, though, we met a number of entrepreneurs who were using innovative businesses to address big social issues. Many of these companies were making a huge difference in the lives of families. I was completely intoxicated by the whole notion of engineering a startup to drive meaningful and lasting change.

Clark: How did you and your family get the guts to go after this dream and relocate?
Mulder: I saw social entrepreneurship as a huge opportunity to apply my professional skills and experience to something that matters. So much so, that my personal risk assessment changed a lot. Instead of seeing relocation, etc. as risk, I began to feel like the biggest risk was in NOT following through on the dream. I think about the “90-year-old test” a lot. What could I regret in old age? I don’t think it will be lost money or position. But the prospect of regretting NOT following a dream? That scares me into action. There’s also a faith component at play. I think this is all part of my personal spiritual journey and I’m really thankful to be on it.

Clark: Why did you feel that moving was necessary?
Mulder: We moved from the Chicago area to Santa Cruz, CA, which is about an hour from San Francisco and close to Silicon Valley. At the time, it seemed to us (my wife and I) that the Bay area had the most social enterprise energy and activity. Thankfully, social enterprise is alive and well far beyond the Bay now. With that said, Santa Cruz and the Bay/Silicon Valley are special places.

Clark: What is your ultimate vision for ruly?
Mulder: Right now we’re focused on becoming a service that people really love, whether or not they fully appreciate our social impact model. There are a LOT of people who are overwhelmed with digital photos and frustrated because they can’t seem to get them in order. Our goal is to make ruly the perfect solution. If we do this well, a lot of good will come from it! Beyond this, we definitely see other opportunities. I’m interested in a Social Enterprise 2.0 of sorts, where the consumer services/products we build don’t need to rely so heavily on the impact story alone. I understand the need for story and its power (I’m a former brand manager!), but the most effective Social Enterprises we can develop will be those that first and foremost meet a clear consumer need in a really compelling way.

Clark: You have surpassed your crowdfunding goal. Tell me a little about how it feels knowing people back your dream?
Mulder: It’s great. We’re really pleased with the campaign. Look, from a funding perspective, it was small ($10,000). But our goal of the campaign wasn’t really a monetary one. We primarily wanted to see if people would pay for our service. We had spent several months in Alpha testing with non-paying customers, and although they told us that the service was compelling enough to pay for, the Indiegogo campaign was the first real test. Sometimes there is a huge gap between what consumers say they’re willing to pay for and what they actually get their credit cards out for. In this case, we got the positive response we were looking for. ruly is appealing to people on multiple levels. Rationally, they see the benefits of the service. As I mentioned before, this is mission critical! Many people also understand and appreciate our social impact motivation. They’re not okay with poverty and they’re not okay with the fact that many women throughout the world are treated as second-class citizens, or worse. They, like us, see a huge opportunity to bring these women into the digital economy. We couldn’t be more excited about this kind of change.

For more on ruly visit, www.getruly.com.