Students and Startups: A successfull combination!

Young or old, starting a new business can be exciting, rewarding and profitable. 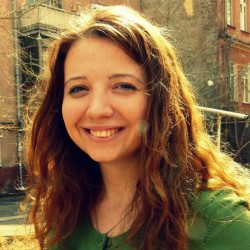 10 Most Valuable Startups Launched by Students

Anyone can be a successful entrepreneur. Whether you are still a college student or in your senior years, starting your own business does not have any time restrictions. And for college students, you can definitely launch your own startup business. Many of today’s biggest and most successful businesses were founded by students. In fact, some of these largest enterprises today are owned and founded by entrepreneurs who were college dropouts and didn’t finish school. Check out the infographic below created by Essaymama writing company and find out the key information about the most valuable startups which were founded by students.

One of the biggest companies today is owned by Bill Gates. Microsoft was founded by Paul Allen and Bill Gates who studied at Harvard University. They founded the company in 1975 and to date, Microsoft’s revenue already amounts to more than $93.46B. Bill Gates did not finish his college but now, he is one of the richest men alive.

Another inspiring story of a college student from Harvard University is the founder of Facebook. Mark Zukerberg along with his roommates in college launched the social networking service in February 2004. Now, Facebook is considered to be the most popular social networking sites used by millions of online users all over the world. To date, the company already has reported revenues of about $12.47 billion with a market cap of $222.1B.

Another multinational corporation that founded by college students Jerry Yang and David Filo in January 2004 is Yahoo Inc. The company is one of the world’s biggest search engines and more than 700 million people visit the sites every month. The company was established in 1995 and after 20 years, Yahoo Inc. already had an enterprise value of $34.21B.

Another international company launched by students is Reddit. It was founded by Steve Huffman and Alexis Ohanian from the University of Virginia. Founded way back in 2005, Reddit has more than 174 million online users. Through their site, members can submit text posts and other content and get the chance to interact within the online community.

Founded way back in 1998, Google is created by Larry Page and Sergey Brin from Standford University. The company reports revenues amounting to $66B. Google offers Internet related products and services from cloud computing, online advertising, software and a whole lot more.

Founded by Briton Hadden and Henry Luce, Time Magazine was established way back in 1923. Now, its circulation already amounts to 3,289,377 with an enterprise value of about $3.34B. The company has the largest circulation with more than 25 million readership all over the world.

Napster used P2P file sharing web service which eventually become an online music store when it was purchased by Rhapsody. Napster is founded by Shawn Fanning way back in 1999. Fanning was a student at Northeastern University when he launched the site.
Dell

One of the world’s largest computer brands, Dell is founded by Michaell Dell from the University of Texas. The company sells servers, software computers, cameras, printers and a whole lot more. Eversince the brand was launched way back in 1984, it has grown to be a huge enterprise with revenues amounting to $57.2B.

The company was founded in 1992 by students from Williams College, Bo Peabody and Brett Hershey. Tripod is a web hosting service aimed at building online communities. The company has now an enterprise value amounting to $17.4B.

Having the courage to take the risk to launch your own business is never easy. Before you reap the fruits of your labor and before your business succeeds, you have to hurdle a lot of challenges. But if these college students were able to make it, you can also do it. It all starts with having an idea and from there; let your creativity and innovativeness lead you to launching your own business.