The best part of eBay Live! 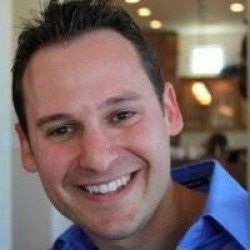 While there is much to benefit from, the best thing about eBay Live is being able to connect with some of the greats in the business. I had the opportunity to talk with guys like Adam Ginsberg, Jim Cockrum and Randy Smythe.

I wrote about this a little in my other blog, but I have to tell you about my conversation with Randy Smythe, former owner of Glacier Bay DVD, which was eBay’s #1 seller at one point in time.

When I began my journey on eBay, Randy’s company was a bit of an icon in my eyes. They had the most professional looking listings, widest selection and most impressive feedback record. I used Glacier Bay as a benchmark for success.

And while I eventually made the decision not to attempt to scale Koss DVD to Glacier Bay’s level of sales, I still believe the model that Randy built was an extremely successful one.

Earlier last year, Glacier Bay DVD closed its doors. It was a big mystery to many. While I had my own thoughts as to what caused Glacier Bay to shut down, Randy emerged a number of months later and began blogging, and revealed much of what caused his business to close.

His story teaches us much, including my popular argument that growing sales to the titanium PowerSeller level and beyond comes at a price. It can be done, it can be profitable, but you better know what you’re doing. The bigger you get, the more complicated everything becomes.

I absolutely loved my chat with Randy at the event, it was as if we had been friends for years, even though we had never met. He is a great guy, I encourage you to get to know him.

Check out his blog and a special interview with him on from AuctionBytes last year.

Corey Kossack is one of eBay’s “Top Sellers” through his eBay store, Koss DVD. He is also author of eBay Millionaire or Bust and creator of ProfitBuilderSoftware.com, an online software tool designed to reduce eBay fees and maximize profits for eBay sellers.

How To Make Your Startup Bankable

You’ve probably heard it countless times: “If you fail to plan, you plan to fail.” While it’s always a great idea to think about your long-term personal goals, this adage is even more applicable if you’re venturing into entrepreneurship. Smart planning can go a long way in making your startup bankable. The U.S. Bureau of...

On today's Business Beat, Jeff talks about Shopify, a one-stop shop of resources for people who want to start a business. Tune in to the Business Beat, below, to learn how this subscription-based software can help you set up an online store and sell your products.   Tune in to News/Talk 760 AM WJR weekday...

How to Achieve Startup Success from Day 1

The decision to take the leap into starting your own business is never an easy one, regardless of your experience or industry. But as venture capital (VC) firms grow, with the average seed deal growing from $1.7 million to $4.6 million in the last decade, more and more people are breaking into the startup ecosystem....
This website uses cookies to improve your experience. We'll assume you're ok with this, but you can opt-out if you wish. Cookie settingsACCEPT
Privacy & Cookies Policy