5 Things to Know and Learn Before Starting a Franchise 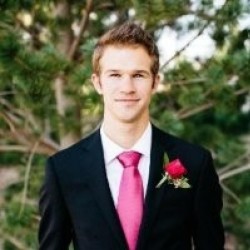 Alec Sears
Contributor at StartupNation
Alec Sears graduated from Brigham Young University in public relations and business management. He is a digital marketing expert and has written for Venture Beat, Capterra, Lucidpress and Business.org, among others.

You’ve probably heard the statistic that people love to throw around: that 95 percent of franchises are successful. This myth has been promulgated for so long that it has directly caused one of the biggest problems facing franchises today: over-saturation. Too many people buy into the idea that running a franchise is “easy.”

That’s not to say that franchising won’t be the right choice for you. It simply means that there are some things that you should know and learn before allowing yourself to be overcome with “franchise fever.”

For those on the fence, here are five things to consider that might make or break your decision to become a franchisee.

Be prepared for a big investment

One of the main selling points for franchises is the simplicity of buying in. Unlike the young entrepreneur working out of his basement and pinching pennies to keep his business afloat, the franchisee generally starts off with a well-recognized brand and clearly defined systems in place.

But don’t get complacent; you may have to survive several months of net loss before your new business becomes profitable. And franchises often come with mandatory additional fees for training, royalties, branding and more.

“Many people compare entering a franchise agreement to a marriage,” Sarah Brady, editorial director for Franchise Business Review, said. “You have to be sure the business will hold your interest over the term of the franchise agreement, many of which can be 10 or 15 years long.”

Every franchise is different. Each one has its own rules and circumstances that are influenced by geographic region, local competition, sentiment toward the brand and general market conditions.

Here are a few questions you want to ask yourself as you research different franchises:

Subway may have one of the lowest franchise fees compared to other food franchises, but local competition might be stiff. In contrast, KFC might cost more up front but have a bigger payout. The key takeaway: do your research, and establish your priorities!

Before you sign away your life (or, at least, thousands of dollars), learn all you can about the relationship between franchisor and franchisee. Consider inviting a few other franchisees out to lunch, and take the opportunity to pick their brains.

“Anyone (who) is looking to invest in a franchise should always remember: If you’re talking to a salesperson at a franchising company, it is their job to sell,” Jonathan Marsh, a franchisee of Home Helpers and owner of Home Helpers of Bradenton, said. “Of course, everything is going to sound great! It is your job to do your homework to ensure becoming a franchisee is the best fit for you.”

Given the complexity of franchise agreements, it might be prudent to hire a lawyer to help you review the documents. At the very least, you’ll want to become familiar with the legal jargon that frequently pops up in franchise negotiations.

Local market conditions will determine the success or failure of your franchise. How established is your competition? How can you differentiate your business from theirs?

For example, the food industry accounts for 37 percent of all franchise establishments, and experts predict that this number will continue to grow. Studying the latest reports by the Franchise Education and Research Foundation and others will enable you to make informed decisions when you purchase your franchise and begin to develop your business strategy.

“Look to the future, as well,” Paul McHardy, marketing director for Go Frontier, said. “Will your franchise have territory exclusivity, or will other franchises potentially crop up over time? Is the city where you work projected to grow in the near future?”

Research will protect you from over-optimism, false claims and franchise consultants whose goal is to get you to sign as quickly as possible.

Have an exit strategy

Once you sign a contract, it can be difficult and expensive to sell prematurely. In addition, franchise agreements usually have a non-compete provision that can make it difficult to find work after you sell. Do your research and have an end goal in mind.

“Your long-term business goals should be a major factor when selecting a franchise to invest in,” Brady said. “Whether you want to pass your franchise business on to a family member or ultimately sell the business will influence which franchise model is best for you.”

Having an end goal in mind will help you choose a franchise that fits. It will also make the process much easier at the end of your contract when it comes time to pass the baton.

So, is buying a franchise the right choice for you? It depends. Remember that when it comes to long-term investments like starting a franchise, knowledge is power. Don’t rush into anything, do your research and plan carefully!

What else helped you decide whether or not to start a franchise? Leave your tips in the comments below!

Author
Alec Sears
Alec Sears graduated from Brigham Young University in public relations and business management. He is a digital marketing expert and has written for Venture Beat, Capterra, Lucidpress and Business.org, among others.
Comments by Vanilla