Taking Your Startup to a Foreign Market

Going abroad is easier for startups than ever. But entering a foreign market remains a major step for most companies, and it can require a significant commitment. Here

It’s a global village out there, with marketplaces outside American borders beckoning as never before, even to small and startup companies. Technologies such as the Internet and cheap telecommunications truly have shrunk the world to a point where it’s much easier for a entrepreneurs to get their arms around it.

But opportunity isn’t everything when it comes to entering foreign markets. It remains a big step for most companies. Going abroad can require a significant investment of time and money, and require lots of patience before you see success.

And so there should be a strong business rationale for your decision to export your products, market your services on another continent or even set up an operation across the sea. Here are factors to consider as you strategize your leap abroad:

Why are you considering expanding your business abroad?

If you have the urge to dent a foreign market, it should be because some indicator or set of factors points you in that direction. Maybe your domestic business has stagnated, or you think you’ve saturated the U.S. market. In those cases, entering a foreign market can be much easier and less expensive than coming up with new products or line extensions or acquiring another company.

“Going global can be a natural extension of what you’re doing,” says Laurel Delaney, founder of Globetrade.com, a small-business consulting firm in Chicago. “You just produce in higher volume and move it somewhere else.”

Maybe your Web site is getting a surprising number of regular hits from people in the United Kingdom, prompting you to consider their market need. Or maybe your research tells you that some overseas market actually is going to be more receptive to your products than U.S. customers are.

That’s what Howard Pedolsky discovered when the Bethesda, Md.-based entrepreneur began marketing his cryogenic-refrigeration technology to supermarkets a few years ago. European regulators are stricter with produce-refrigeration requirements than their American counterparts, Pedolsky found, so he focused on developing customers in Europe first.

“Our first customer ended up being a French company,” says Pedolsky, co-founder and CEO of Ukram Industries. “The European environment was just much stronger in our direction, and [supermarkets] tend to spend more money on our products.”

Some startups simply require a foreign component. Josef Blumenfeld, for example, founded Tradewind Strategies as a global public-relations firm because of his long and varied foreign experience in corporate marketing. “And that’s really where the market is, because there’s so much competition in the United States,” says the Natick, Mass.-based entrepreneur.

Are you ready for the complexities of a foreign market?

Economic, cultural and technological globalization makes it easier for consumers and travelers as well as entrepreneurs to reach out across the ocean or the equator. But while these advances are leveling all sorts of differences between U.S. and international markets, many remain. And there’s a difference between wanting to begin to ship goods to Bosnia or Barbados and facing a business imperative to do so.

So you need to be sure your manufacturer and other suppliers can and will support such market expansion. And consider not only the extra revenues and exposure that going abroad could bring , but also the additional complexities.

“If you’re an American company and you decide you want to sell in Europe, it doesn’t mean you just do something one more time and you’re ready for it,” says Don DePalma, founder of Common Sense Advisory, a small-business consulting firm in Lowell, Mass. “You might have to do it 25 more times, based on the fact that there are 25 countries in the European Union and other countries that aren’t. Some have a high level of English speaking; others don’t. And tax laws and regulations can be significantly or subtly different in each.”

One difference that many entrepreneurs miss is that, while U.S. business tends to be “transaction-based,” building business relationships matters much more in many overseas markets, says Roberta Brooke, executive director of the International Trade Alliance, a business-advisory group in Spokane, Wash. “How many entrepreneurs really have the time to develop those kinds of relationships?”

Do you have the business down pat?

In general, you’ll want to establish your company and your business model at home before going abroad. That way, you have a history of running your enterprise and even a template for success that you can rely on in markets that are less familiar culturally and economically.

From there, proceed to a careful evaluation of – and preparation for – going international. “We always recommend that your investment is only as good as your preparation in tying down all the things that you need to do,” says John Lindfield, regional director of the U.K.’s trade and investment organization in New York. “It can be expensive to make a mistake.”

FLAVORx, for instance, reached about 50 percent penetration in the U.S. market for its pharmaceutical-flavoring products before recently entering Canada, Australia and the U.K., says Woodie Neiss, CFO of the Minneapolis-based startup.

“We wanted to make sure we focused on our core competency and understanding our markets and products and services better, so we had the kinks worked out before we expanded globally.”

Are you ready for the extra costs?

Consider the inevitable laundry list of additional expenses as you decide on “foreign intervention.” They include shipping costs and duties, taxes and tariffs, even for the simplest transactions abroad. Major charge accounts and credit cards, for example, charge 2 percent or more – to you or your foreign customer – for translating currencies.

And if you believe you might want to make a major investment in a foreign country that includes marketing programs and travel costs, your expenses go up immensely. When it comes to travel, for example, don’t be fooled by the fact that many international flights can be had for as little as a few hundred dollars these days; the hotel and other “ground costs” in most big cities abroad will run the total tab for a typical trip up to $2,000, and as much as $5,000.

Overall, figure that a robust effort to open up a foreign market might add about 10 percent to the cost of doing the same increased volume domestically. “That’s why we advise people to be able to finance their export efforts out of profits that they’ve already generated from their domestic business,” Delaney says.

Parachuting into a foreign market can add growth, profits and excitement to your startup. Just be sure your business is prepared for the extra volume, additional costs and intensity of effort that can involve.

Author
The Sloan Brothers
Jeff and Rich Sloan are company creators, lifelong entrepreneurs and brothers who have helped millions of entrepreneurs pursue success. As cofounders of StartupNation, the duo cohosts the StartupNation Radio show, and authored the acclaimed how-to book, “StartupNation: Open for Business.”
Comments by Vanilla
Previous Article

What’s REALLY important about being an entrepreneur

People thinking about starting a business are smarter than they think 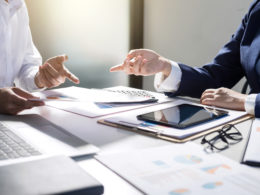