At StartupNation we see thousands of entrepreneurs. You come in all shapes and sizes. Different ages and hair color. We’ve done radio shows that talk about entrepreneurial characteristics, and articles on the subject of the great “born” vs. “made” debate. You do share many of the same qualities, but there is also fantastic diversity in the “start it up” mentality.

I have, however, found one quality that exists in every single successful entrepreneur …

I don’t mean a positive one or an upbeat one or even a “glass is half full vs. empty” one.

I mean an “I will not conform!!” attitude.

It shows itself in as many different ways as there are entrepreneurs themselves.

For Todd, StartupNation’s web designer who also owns a hair salon with his wife, it’s riding his bike 40 miles on the expressway this morning to get to StartupNation headquarters. That’s Todd’s bike chillin’ out just waiting for his commute home tonight. “Cars in the left lane were just getting out of my way!” he smiled sporting his “helmet hair” today in the office.

For Tom, who owns a web design firm, it’s the other bike pictured here. Tom’s still rehabbing from major knee surgery and just bought this bike as a way to say “No stinking knee surgery is gonna keep me from hitting the road this summer”. He’s especially excited about the Campagnolo Zonda wheels and the Campagnolo Centaur gruppo. Yes. I don’t know what that means and I don’t have to. I’m just sayin’ – Yes.

For me it’s “I don’t care if I haven’t hit a baseball since I was 14 years old. I’m gonna start playing hardball at 39.” Yes, I struck out almost every at bat that first season, but I hit .400 the next year and am playing again this summer at 46 years old even after a hip replacement.

If you’re an entrepreneur you know exactly what I’m talkin’ about. There’s something in your life that’s just Attitude – plain & simple. It keeps you going in your small business. No matter what. And you have this in common with every other successful entrepreneur who ever lived.

Welcome to the club.

USPS rates are going up! What does this mean for eBay sellers?

Oprah didn't notice me, but a supermarket chain did! 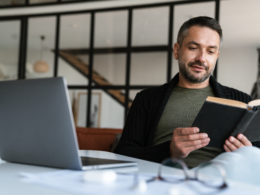 Managing your finances should be taught in school. Unfortunately, this is not always the case. More than half of us live paycheck to paycheck. Similarly, nearly one-third of adults have no emergency reserves or savings. This is a recipe for disaster, especially when we’re faced with recession or a pandemic. Solid financial guidance is essential.... 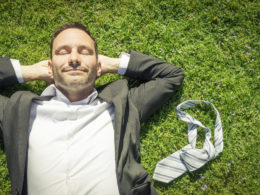 Entrepreneurs are passionate leaders with seemingly endless energy, helping to advance our world one brilliant idea at a time. Throughout my career, I’ve been humbled and honored to speak at conferences filled with entrepreneurs, and can literally feel their energy and drive when I’m on stage. Entrepreneurship is incredibly fulfilling, but it certainly comes with... 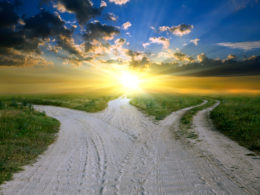 Four Ways to Transition from Employee to Entrepreneur

Are you ready to make the leap from an employee to entrepreneur? Maybe you have a great business idea, you hate the rat race of the corporate world, or you just want more professional freedom. Whatever the reason, you may be wondering how you can make the transition a little bit smoother. No matter how...