In the run up to the 2015 General Election, the competition is heating up, and with Labour and the Conservatives currently neck-and-neck, each individual vote is all the more valuable. 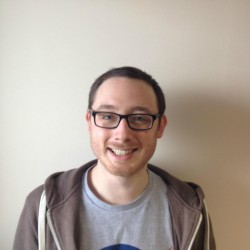 With the clock counting down until Britain’s 2015 General Election, Make It Cheaper has commissioned research to find out which burning topics small business owners would most like to see addressed by our country’s politicians. Click here to view the infographic.

The past few months have seen party leaders spar over a number of flagship economic issues in an attempt to appeal to the small business vote in the run up to the election. These issues include business rates – a system which many perceive as outdated and unfair for small businesses – and zero hour contracts which have been called exploitative and blamed for a lack of income security in the job market.

Despite the focus on these areas, Make It Cheaper’s findings show that EU membership – an area where the leading parties differ in opinion – may in fact be the issue that could win the small business vote.

Our poll surveyed more than 1,000 small businesses from around the UK, revealing that 52% of small business owners would favour a government committed to maintaining the UK’s membership of the EU.

While Labour has promised to support Britain’s involvement in Europe, the Tories – if elected – have announced their intention to hold a referendum on EU membership in 2017. Time will tell if this issue alone is enough to swing the way small business owners vote on 7th May.

However, despite this desire for a stronger stance on immigration, our figures show that UKIP – who are leading the charge on tougher immigration policies – is seen as the party whose policies would have the most damaging impact on Britain’s small businesses. Make It Cheaper’s survey found that 27% of small business owners believe UKIP would have an overall negative impact on their business, while the Liberal Democrats were voted as the party with policies least likely to have negative consequences for small business owners.

It’s worth noting that opinion differs depending on region. In the North East, immigration and EU membership is an issue more so than anywhere else in the country, with 39% of the region’s business owners highlighting either factor as their key concern. The leading concern for business owners in the South West, on the other hand, is the level of access to skills and education for future employees, with 26% of businesses claiming it’s the most important issue to them. However, EU membership is still a major concern in the region, coming in a close second as a key concern among 21% of business owners in the South West.

In the run up to the 2015 General Election, the competition is heating up, and with Labour and the Conservatives currently neck-and-neck, each individual vote is all the more valuable. If you are unsure which party to vote for, click the links below to take a closer look at each party’s manifestos.

At Make it Cheaper, we can help SME’s save time and money by finding business owners fairer deals on business energy and small business insurance.

No Two Clients Are Alike

How to "shake up" a stagnate business