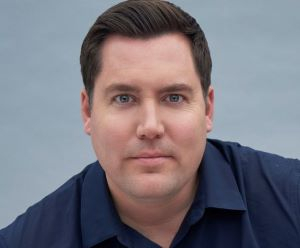 Ryan Close
Founder and CEO at Bartesian
A former bartender, Ryan saw a need for on-demand, high-quality cocktails and partnered with engineers to develop the first intelligent cocktail machine. Under Ryan’s leadership, Bartesian has experienced triple-digit growth since launching in late 2019 and is quickly becoming a well-known, premium household brand. Ryan thrives as a collaborative entrepreneur and leader, building a brand and team from scratch and delivering immediate profitable result.

Bartesian started as a dream for Ryan Close. But in just a few years, his cocktail company had 975% year-over-year growth and more than $50 million in sales.

The business is a media darling and has been featured in such publications as Forbes, Esquire, People and others. And not just every product lands on Oprah’s Favorites Things list!

What led this former bartender to want to make it easier for people to make cocktails at home? And what has he learned since he developed Bartesian in 2014 with a $250,000 Kickstarter investment? We asked.

Tell us about the idea behind Bartesian. We’d love to hear your entrepreneurial story.

When I bartended, making cocktails was very complicated for me. I wasn’t very good at it, and I didn’t necessarily want to invest the time to learn. When I got home, I wanted to have a cocktail, but I just didn’t want to have all those ingredients on hand. I would go to liquor stores and see all the different liqueurs and bitters, and it was overwhelming.

Later on, I was at a party and realized that the majority of guests chose beer or wine over complex, make-it-yourself cocktails—even though there were plenty of supplies to make any type of cocktail. When I went over to the bar and made myself a drink, other people started asking me to make drinks for them. It was clear that it wasn’t that folks didn’t want to drink cocktails, but it was the complex process required to make them that kept people from drinking them.

The thought process was that it would be a game changer to have a solution for people who want to host, and guests who want to drink, without the often-complex and often-wasted problem of having a fully stocked bar.

When you’re young, the expectation at parties is that you’ll drink juice, gin and beer out of a red Solo cup and call it a day. When you’re older, your taste is more refined. People still want to drink, but they choose nice glassware and more sophisticated drinks.

That’s where Bartesian comes in as the solution. It allows people to truly “adult”—to entertain, and offer really premium cocktails—and the experience that goes along with the cocktail, not just opening a bottle or a can and pouring it into a cup. You get to have a full cocktail experience without the complexity of overstocked and unused liquor cabinets.

What would you say changed the trajectory of your business and how can others utilize what you’ve learned?

We took a long time to get to market. The books and experts tell you to launch ASAP and iterate, which is likely true for digital products, but I felt that since we’re a consumer packaged goods company as well as a home appliance business, we really only have one shot to make that critical first impression. The drinks have to taste incredible. The appliance has to function extremely well. The UX needs to be friendly. We could have launched a year earlier, but we refined in order to de-risk these areas. These days, reviews and recommendations are more important than almost anything else when it comes to marketing and sales.

COVID-19 certainly drove people indoors. I would think the timing of the pandemic was a positive for Bartesian. What were some negatives and positives from your pandemic experience?

We definitely saw a spike over that period, but I’ll tell you with three little kids at home and launching a new business, I would have preferred to forgo that spike! We were already seeing triple-digit growth in advance of the pandemic and now that folks are mostly back to it, we’re still seeing that same trend line. We had to muscle through the same things most did — remote work, supply chain issues, hiring — pretty much everything across the board, except sales, was strained. Our team is world class. There was never a complaint, never an excuse. They drove forward and made it happen.

Bartesian has been promoted by such big names as People magazine, Food Network, Oprah magazine, and the Knot. What was your marketing strategy?

The strategy has been get our product in folks’ hands and everything seems to work its way out. Bartesian is such a game changer that works just as you would think it should. Whenever we send it to media outlets, it instantly becomes a favorite of that editor. So much so they often include us in multiple articles (e.g., Mother’s Day, Father’s Day, Christmas, best ways to entertain, etc.).

From being named the best expensive wedding gift by Forbes to a recent deal with Aramark for Major League Baseball to making Oprah’s famed Favorites Things list, you’re covering the bases. What is your next goal?

The goal is the same as it was when we were in a garage in Canada playing with prototypes: Make Bartesian a household brand that is synonymous with premium cocktails on demand.

What does success mean to you? When did you feel like you truly made it? Is it financial or is there another more important measure?

I don’t think I’ll ever think “I made it.” I’m never really satisfied. One area of your life can be going very well, but nothing is ever permanent.  I don’t get cocky with wins and I don’t get low on the losses. Move forward. There’s lots to do and if you’re not up for it, someone else will be.

What advice would you give a side hustler who is stuck, who can’t seem to reach the next level?

Aside from what I would think is advice that’s well-known and somewhat obvious these days, grit and focus (e.g., work harder than the next person and don’t get distracted by barriers or short-terms wins), I’d recommend seeking the best in every scenario. If you’re in, for example, the D2C T-shirt business, find companies and investors that have killed it in that space and try to find a way to get them involved in your business. Offer them adviser roles, try to get them to invest, hire them — whatever it takes. When fundraising, write down the top 5 dream investors and go through walls to meet with them and don’t settle. Same with vendors, early hires, etc.: Find the best and drive head first to make them tied to your successes.

Author
Ryan Close
A former bartender, Ryan saw a need for on-demand, high-quality cocktails and partnered with engineers to develop the first intelligent cocktail machine. Under Ryan’s leadership, Bartesian has experienced triple-digit growth since launching in late 2019 and is quickly becoming a well-known, premium household brand. Ryan thrives as a collaborative entrepreneur and leader, building a brand and team from scratch and delivering immediate profitable result.
Comments by Vanilla