What Many Entrepreneurs Wish They Had Known Earlier 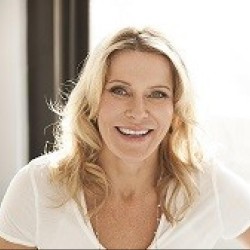 Melissa Schilling
Speaker, Consultant and Researcher at Melissa Schilling
Melissa A. Schilling is the John Herzog Professor of Management at New York University’s Stern School of Business, and author of Quirky: The Remarkable Story of the Traits, Foibles, and Genius of Breakthrough Innovators Who Changed the World.

I’ve researched and taught innovation strategy for 20 years, and I’ve spent a great deal of time advising startups, reviewing business plans and helping people think through their innovative and entrepreneurial ideas along the way. I’ve also witnessed how resulting businesses progressed; many were abandoned, some became modest-sized and a select few soared to multi-million-dollar successes. So how can you increase the likelihood of becoming one of the select few? Here are two important things many entrepreneurs wish someone had told them earlier:

Don’t expect other people to “get” your big idea

When entrepreneurs and innovators come up with breakthrough ideas, it is often difficult for others to understand them. Other people don’t see the vision, and they don’t feel the thrill felt by the innovator. They often react with deep skepticism.

For example, when Steve Jobs argued that the Apple computer should have fewer ports rather than more, Steve Wozniak and others thought he was crazy. Surely any engineer would want more options for customizing the functionality of the device. Jobs passionately believed, however, that making the device reliable, user friendly and beautiful was vastly more important than making it customizable. That meant the fewer opportunities people had to add something to the computer that might not work, the better. Jobs had to fight fiercely for his ideas at the time, but many people would now agree that it was the right decision.

Sometimes the innovator can explain their ideas well enough to bring others on board, but even if they cannot, it doesn’t mean the ideas aren’t good ones. The very things that make an innovator capable of generating and pursuing a breakthrough idea are the reasons that others won’t initially understand. Their ability to challenge assumptions, and their faith in their ability to overcome obstacles, make them able to conceive of, and commit to, an idea that sounds absurd to others.

They are often willing to pursue an idea even when everybody else says it’s crazy. They believe they are right even if you don’t agree, and this confidence and motivation is crucial to their success. I thus now try not to judge the potential of an idea – I’m too often wrong – and I advise innovators not to expect everyone to understand. Instead, I just try to give them the tools they need to make better decisions based on their own conception of what is possible.

Related: The Benefits of Encouraging Creativity and Innovation in the Workplace

Going public has become so associated with success that in business research we often use that event as our only performance measure. However, going public can impose some pretty significant penalties.

Firms that go public often have their founders removed (most estimates put founder replacement by the time a firm goes public at over 50 percent). In fact, founders may be removed by venture capitalists even before the firm goes public.

Recent studies suggest that over 15 percent of VC backed firms have a “founder replacement event” before the firm goes public, and of those replaced founders, only 40 percent stay at the firm in some other capacity.

Some of those departures are voluntary to be sure (a serial entrepreneur may be ready to go start their next venture), but others are not. Their business may be their life’s joy, and having it ripped from their hands can be astonishing and gut-wrenching.

Whether going public or replacing the founder improves the performance of the firm is complicated to assess; it depends significantly on how you measure performance, and it is rare that we have good performance data prior to the firm being public. We do know, however, that once a firm goes public, innovation tends to go down both in quantity and quality.

Even when the founder stays, the board of directors may exert its influence in ways that impinge on the founder’s goals. When entrepreneurs found companies, they often have a mission that includes more than just making money. A board of directors, however, may force the management of the firm to make choices that focus primarily on market valuation, even if that is at the expense of the organization’s original mission.

This is why Elon Musk, for example, has resisted the urge to take SpaceX public. He knows that the board of directors of a publicly-held firm would undoubtedly force him to make changes in the company that would improve its profitability at the expense of its chances for reaching Mars.

As he wrote in a letter to his SpaceX employees, “Creating the technology needed to establish life on Mars is and always has been the fundamental goal of SpaceX. If being a public company diminishes that likelihood, then we should not do so until Mars is secure.”

For more from insights from Melissa, check out “Quirky: The Remarkable Story of the Traits, Foibles, and Genius of Breakthrough Innovators Who Changed the World,” available for purchase at fine booksellers and via StartupNation.com.

Author
Melissa Schilling
Melissa A. Schilling is the John Herzog Professor of Management at New York University’s Stern School of Business, and author of Quirky: The Remarkable Story of the Traits, Foibles, and Genius of Breakthrough Innovators Who Changed the World.
Comments by Vanilla
Previous Article

How to Optimize Your Email Campaigns with Artificial Intelligence

10 Crucial Differences of Being a Boss vs. Being a Leader