Most recently, McMahon was editor-in-chief at Chicago Tribune and chief content officer for Tribune Publishing. He also coaches and consults with media companies across the world on digital transformation and audience development.

McMahon brings more than a decade of digital media innovation to the StartupNation role, atop an award-winning career as a local, national and international journalist.

“We are so thrilled and honored to have Colin joining StartupNation Media,” said Jeff Sloan, founder and chief executive officer. “I know we will make an incredibly dynamic team, and I am confident that Colin will help StartupNation deliver on our huge potential.”

McMahon said the strength of the StartupNation brand and the growing customer need for credible content around entrepreneurship drew him to the opportunity.

“More people than ever are branching out on their own, starting side hustles, even trying to be intrapreneurs within their current companies,” McMahon said. “As a journalist, I love the energy and dynamism that dominates this space. As an executive, I see vast potential to serve our audience and our clients alike with content and services that help them reach their goals.”

As chief operating officer, McMahon will oversee the day–to–day operations of StartupNation, directly supervising the editorial and product teams while working closely with sales and marketing.

“Colin’s expertise–not just in content but also in partnerships and revenue–will be a huge asset as StartupNation develops new and better ways for brands to connect with our audiences,” said Gary Cohn, StartupNation publisher. “And with his experience in all aspects of media M&A, StartupNation will be well-positioned to chart its future.”

Tom Kuczmarski,  the cofounder of the Chicago Innovation Awards and an innovation and leadership expert, heralded the move as a great fit for both McMahon and StartupNation.

“During the past two decades, I have known Colin McMahon and have always been impressed with his journalism expertise, digital and tech startup knowledge, and his values-based leadership skills. He will bring a new vision for the future to StartupNation Media Group that will be grounded in innovation and creativity.”

As editor-in-chief of the Chicago Tribune, McMahon led the newspaper through the COVID-19 pandemic and one of its most turbulent eras. Amid social unrest, political upheaval and the story of a lifetime, McMahon kept the newsroom focused on its journalistic mission and producing award-winning work, including an investigative series that won the 2022 Pulitzer Prize for local reporting.

As chief content officer of Tribune Publishing, McMahon led efforts across Tribune’s 10 markets to reimagine and restructure newsrooms for the digital age. Whether as editor or executive, McMahon focused on content strategy, audience analytics and culture change. He coordinated all the company’s editorial partnerships, represented TribPub across the industry and shared responsibility for partnerships with major platforms such as Google, Meta, Microsoft and Apple.

In mid-career, after more than 20 years as a local journalist and foreign correspondent, McMahon turned his attention to new product development, digital transformation and culture change in the face of the financial crisis of 2008. While a senior editor at the Chicago Tribune, McMahon launched new initiatives such as a shared content system known as Media on Demand; the digital business vertical Blue Sky Innovation, e-book and print book publishing and Printers Row Journal. He also partnered closely with Arc Publishing from the Washington Post to foster digital innovation and build audience at Tribune Publishing through adoption and expansion of the Arc tools suite.

As a reporter and correspondent, McMahon was highly regarded for being able to solve problems, explain complex issues and deliver under duress. Across postings in Baghdad, Buenos Aires, Moscow and Mexico City, McMahon covered armed conflicts, geopolitical crises and daily life in more than 40 countries. As a Metro reporter, he covered crime, national politics, social issues and the northwest suburbs. Before that, McMahon held reporting and editing jobs in Ohio. He is a native of Cleveland and a graduate of Ohio Wesleyan University.

Read the press release by clicking below:

Employees Are Defying Orders to Return to the Office

On this segment of "The Pre W. Smith Show," Jeff talks with Business Insider writer Aki Ito about the impact of some employees' refusal to return to the office. Listen to the conversation on the...

On this Business Beat, Jeff talks with Mike Morse of the Mike Morse Law Firm about his company's backpack giveaway to level the playing field for Detroit kids. Tune in below for details:   Tune... 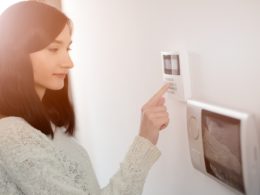 These Good Habits Will Make Your Properties Safer

On this Business Beat, Jeff shares back-to-school shopping trends and predictions. How much are families spending and on what? Tune in below to learn more: Tune in to News/Talk 760 AM WJR weekday mornings at...
[class^="wpforms-"]
[class^="wpforms-"]