Building Community While Creating Your Company: The Value of Social Networks to Solopreneurs 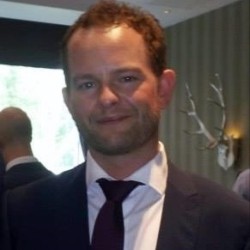 In order to learn more about the entrepreneurial experience, The Office Providers conducted a survey of solopreneurs, with the intent of learning about their startup experience.

After analyzing the results of the study, we dove further into one of the questions we asked of the survey respondents to assist those just starting up:

“What would you want other entrepreneurs to know about starting or running a business?”

Here’s what we learned:

The majority of respondents confirmed that starting and running a business was tougher than expected, particularly as they traveled through what Cameron Herold conceptualized as the “Transition Curve.”

His model maps out the emotional rollercoaster that an entrepreneur will ride during the startup process.

The five stages of his model are:

The road to success is often a lonely one

Many respondents informed us that the process of starting a business as a solopreneur can be a lonely one. The harmful effects of loneliness are becoming more and more recognized, as Vice recently reported that loneliness is more harmful to one’s health than smoking 15 cigarettes per day.

In fact, it has become increasingly reported that entrepreneurs can be at greater risk of certain mental health issues. In the early 2010s, Dr. Michael Freeman, clinical professor at UCSF, surveyed 242 entrepreneurs on the state of their mental health. Of that sample, 49 percent reported having some form of mental health history.

While conducting our study, we were interested to learn how entrepreneurs dealt with their well-being and, in particular, loneliness. We investigated how their methods helped them to maintain good mental health and avoid entering the “Crash and Burn” stage on the Transition Curve.

The quest for a tribe

Being a solopreneur will often necessitate extracting yourself from the conventional workforce and going it alone. This separation from a meaningful and significant community can be liberating, but it can also lead to isolation.

Many respondents stated that, while there are many benefits of remote work, working in a group or office environment was often missed.

In his book, “The 4-Hour Workweek,” entrepreneur and author, Tim Ferriss, highlighted the advantages of working in an office environment, explaining that one of the reasons that retirees can become depressed is social isolation.

To overcome this sense of social isolation, many respondents choose to work in co-working spaces. Some co-working spaces are dedicated to particular niches or industries, so you can surround yourself with people working in the same field. However, many are non-specialized and accommodate entrepreneurs from all sectors and industries.

Apart from the practical advantages, such as access to expensive business equipment, most survey respondents advised that the main advantages to using co-working space were the social environment, networking opportunities, opportunities for collaboration and the entrepreneurial spirit.

Users felt a sense of relief that while they may be going it alone in the startup world, many others were, “in the same boat as them” which helped boost morale. Some of our survey respondents noted that they met new business partners, colleagues and freelancers in co-working spaces, which had further bolstered their businesses.

Given the increasing popularity of co-working spaces, it is logical that these growing communities of like-minded individuals collectively represent a dynamic ecosystem that can reap genuine benefits for entrepreneurs.

Another interesting trend we observed is the growing importance of virtual communities. We were surprised by how many respondents had actively created virtual social networks, as well as physical ones.

Through our survey, we learned that many entrepreneurs rely on the audiobooks, podcasts, books, social media feeds and TED Talks of thought leaders and entrepreneurs such as Gary Vaynerchuk, Tony Robbins and Ray Dalio, who serve as virtual mentors.

Respondents reported finding ways of optimizing their learning processes by using their social media feeds to educate themselves, particularly when they didn’t have the time or money to study business courses. Your smartphone can be used to create a highly productive virtual network—so use it to your advantage!

While we were not surprised by the responses that stated that starting up a business can be a tough and sometimes lonely road, we were heartened to learn of the awareness and the fact that respondents had found ways to create community while creating their companies.

Fear of Rejection is an Entrepreneur’s Worst Stumbling Block: Here Are 6 Ways to Overcome it