How One Entrepreneur Uses Influencers to Help Apps Gain Traction 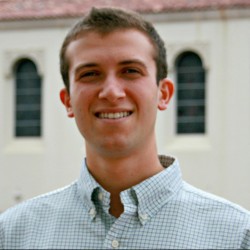 Nathan Resnick
CEO at Sourcify
Nathan Resnick is a serial entrepreneur who currently serves as CEO of Sourcify, a marketplace of the world's top manufacturers. Having brought dozens of products to life, he knows the ins and outs of how to turn ideas into realities.

While most college students prefer to spend their downtime at toga parties, Victor Ricci went about things differently. Like most young people, he wasn’t spending every waking hour at the library—he too was having fun, but in a way that would make him profitable.

Does his name ring a bell? If so, that’s because during his college years at Seton Hall in South Orange, New Jersey, Victor Ricci spent countless hours building up a following of over one million enthused fans on Vine.

Today, Ricci has made it a point to put to good use what he learned, by launching Trend Pie, an ad agency that uses influencer marketing to earn low-cost installs for their clients’ smartphone apps.

What is influencer marketing?

In a nutshell, influencer marketing is an advertorial means through which audiences are expanded.

But what does any of this have to do with helping apps gain traction, anyway? According to Ricci, more than most marketers realize.

Related: 5 Steps for Growing Your Startup with Influencer Marketing

When up-and-coming app developers first catch a whiff of the power of influencer marketing, their minds are immediately filled with the names of big-time celebrities. Taylor Swift, Will Smith, Tom Brady—heck, even a Kardashian or two might make a brief mental appearance.

What’s important to recall, however, is that while each of the above household names might have millions of followers on a variety of social networks, engagement is what matters most. Simply put, 10 million Twitter followers doesn’t mean 10 million impressions.

Don’t be fooled—though big numbers are certainly sexy, it’s the relationship that exists between a niche influencer and his or her following that matters. Adhering to this strategy, an influencer with 10,000 engaged Instagram followers is more valuable than one with 10 million distant ones.

How did Ricci discover this social marketing hack? Remember, he himself was a social influencer before Twitter announced that it would be closing Vine for good. Based on experience, Ricci claims that engaged followers won’t only download your app, but promote it, too.

Get creative with the paid ads you choose to promote

Believe it or not, the more your ad reads or sounds like an infomercial, the worse it will perform. That’s not to say that infomercials don’t do their job well, but it’s television, not social media. In the social sphere, user conversion is about one thing, and that’s great content.

Great content gets people thinking. Whether on Facebook, Twitter or Instagram, as people scroll through their respective feeds, they’re force-fed all kinds of messages. What will make yours stand out? Whether it be instantaneous entertainment, humor or intrigue, your message and branding must be powerful.

This is where your influencer comes into the picture.

“You should trust the influencer to create irresistible content that promotes your app. The influencers know what kind of content will resonate with their audience,” Ricci said.

Simply put, let your influencer take the reigns on this one.

With paid social ads, the name of the game is trust. No, you’re not boosting a post, tweet or pin, but behind the scenes, you are forking over some cash. While an influencer’s audience isn’t naive to this, they’ve already put their trust in your influencer, so allow this to make sales for you.

Learn as much as possible about your target audience

Earlier on in this post, a few A-list celebrities were mentioned. As game-changing as you might think it’d be to work with them in the social media sphere, not all household names are suitable for the campaign you’re building. This isn’t about you, it’s about your audience.

As such, Ricci suggests foregoing actors and athletes to connect with top-notch app developers, creative agencies and even mobile app investors with highly-engaged social communities. Perhaps not quite as exciting as you’d hoped, but in this case, it’s what your target buyers want.

Author
Nathan Resnick
Nathan Resnick is a serial entrepreneur who currently serves as CEO of Sourcify, a marketplace of the world's top manufacturers. Having brought dozens of products to life, he knows the ins and outs of how to turn ideas into realities.
Comments by Vanilla
Previous Article