Bitcoin Can Build New Bridges to Cryptocurrency for Small Business 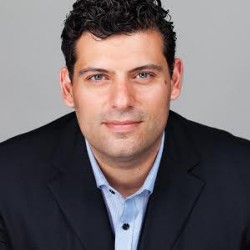 If there is one constant that has chased Bitcoin through its nearly 13-year history, it is an obsession with where its price currently sits.

Bitcoin Loses 50% of Its Value!

This might be great for speculative investors who have no problem “buying the dip” in pursuit of one day doubling or quintupling their money, regardless of the risks, but not so much for anybody who actually wants to use Bitcoin as a value of exchange.

The irony is that Bitcoin has been perceived as more volatile than the fiat currencies it was built to replace, impeding its ability to be that silver bullet value of exchange. Most have not used Bitcoin and other crypto as a replacement or peg for traditional currencies like the dollar or euro, but rather as a way to game its price through buying and selling. While this is certainly a valid way to approach any market that gets created, it neglects the cryptocurrency’s fundamental mission as a digital-based currency that can go into places where payments or inflationary and deflationary currency is problematic, ensuring that commerce does not become held hostage by capricious governments.

That is especially true for small businesses. As we’ve seen with the pandemic, small business is the first shock absorber for experimental policies. For Bitcoin to grow into that true currency-killer in the next decade, it must focus more on its role to help small business and merchants worldwide, rather than continuing to cater to the wild west of speculative investment.

What Is Cryptocurrency and Should Your Business Use It?

Restoring buyer-seller trust with the elegance of crypto

While Bitcoin inventor Satoshi Nakamoto may have been reacting to the dumping of fiat currency into global economies in the wake of the 2007-’08 financial crash, he (or she or they) really saw Bitcoin primarily as a new means of commerce, built especially for small vendors who could use Bitcoin’s cryptographic proof as a form of creating buyer trust. That is at least judging from the Bitcoin white paper, and that’s almost all we have regarding Satoshi’s thoughts:

Bitcoin was built on strengthening the fundamental relationship that has served as a foundation for economies since the dawn of man: buyer and seller. Built into that innovation is the ability for buyers and sellers to transact without the need for the advantages (and disadvantages) offered by financial intermediaries like banks and payment processors.

Among those advantages are lower fees than can be found transacting through traditional payment processors. However, there is probably no greater Bitcion advantage for the “little guy” seller – whether that is a restaurant, an eBay reseller or an artisan on Etsy – than its ability to prevent “chargebacks,” or the charge returned to a buyer after a payment dispute. Once a crypto payment goes through, there is no automatic mechanism like a payment processor immediately trusting the buyer and refunding them during a dispute. It must be handled manually as an agreement between seller and buyer. It truly is incumbent on the buyer to “beware” before point of purchase.

With so many transactions occurring online, the COVID-19 pandemic only exacerbated the trend of chargebacks, with card and mobile payment industry research firm Nilson saying chargebacks had “exploded to unprecedented levels.” Fraudulenty claiming fraud itself, and receiving a chargeback, became an easy way for customers to get refunds on events never attended, vacations never taken and items no longer needed. With merchants facing all kinds of other setbacks during the pandemic, it became more difficult to effectively argue against these payment disputes.

Even as the pandemic wanes, some of these trends are unlikely to go away. The amateur and professional fraudster alike received a taste of what was possible. This type of “friendly fraud,” including chargebacks and lying about return of items, is now the No. 1 fraud trend, up from fifth in 2019.

Bitcoin and crypto could help solve these problems and many others, but leaders in crypto have to ease both literacy and ease of use for the merchants that can and want to use Bitcoin and other cryptocurrencies.

How Do Smart Contracts Work for Startups?

For those small businesses and merchants who have not established a means of accepting crypto payments, they are absolutely thirsting for the option. According to a recent Reuters report, nearly a quarter of small businesses in nine countries around the world plan to accept digital currencies as a form of payment in 2022. However, it is precisely the fluctuations in Bitcoin’s value that have caused businesses to shy away from using it as a payments solution to this point.

Catering to this demand will beget even more demand. According to a 2021 Skynova survey, the third-most cited reason for crypto eagerness among businesses was the “keeping up with the Joneses” factor. The continued success of Bitcoin and crypto adoption within these classes will become a sort of self-fulfilling prophecy, making the technology less of a novelty and more of a must-have.

Small businesses anchor the U.S. business market (at nearly 100%!), so it is vital that Bitcoin and other crypto better serve the small business market battered by coronavirus and fraud if it is to fulfill its original vision as a next-generation payments solution. You can get by on HODLing, diamond hands, buying the dip and dreams of lambos for only so long. It is vital to the interests of both small businesses and the crypto community that they find a new way to move forward together and serve each other.

Author
James Giancotti
James Giancotti is CEO and cofounder of Oddup, a premier international provider of data-driven insights for the startup and cryptocurrency ecosystems.
Comments by Vanilla