I’m at the inaugural Podcast conference in Ontario, California and it’s extremely fascinating. Podcasters from all over the world have converged on this town in the mountains east of Los Angeles to meet one another and discuss & learn the business model of this new podcasting phenomenon.

In case you need to get up to speed, podcasting is simply creating an audio file and then making that file available on the internet so that others can grab it & listen. The cool thing is that people can subscribe to a podcast through Yahoo! or iTunes or Podcast Pickle (no kidding – it’s a husband & wife team from Amarillo, Texas and they’re very nice people) and future podcasts get automatically sent to their computer so that they can listen at their convenience and even put the podcasts on their iPod for listening on the go.

We make the StartupNation Radio shows available as a podcast subscription, so even if you miss a show when it airs live on the radio you can catch it later & listen 24/7. This kind of on-demand listening is gaining in popularity and some say even threatens the traditional radio model. Many of the conference speakers say they think it’s more likely going to supplement traditional over-the-air radio and very likely to give it a kick in the pants, which will only serve to make traditional radio even better. I agree. Podcasting is also creating a new market for people to start their own dream business and that’s one of the reasons I’m here at the conference.

You meet lots of people at conferences. The relationships you create are even more important than the information gleaned from the speakers and sessions. Most of those meetings are impromptu in hallways or over a drink and once in a while the meetings are more formal when there is a budding business relationship to be fleshed out.

Today I’m having one of those “formal” meetings. I’ve been invited to meet poolside at the Sheraton Hotel with Adam Curry. Adam is referred to as the “podfather” and is currently the biggest name in this fledgling podcasting world. He’s a former MTV video DJ from the 80’s and still has the poofy blond feathered hair on top of his skinny 6′ 3” frame. He’s also the head of a company, Podshow, that received over $8 million in venture capital funding from some well-respected VC firms, the ones who also invested early in Google. I’m looking forward to the conversation as there are some clear synergies between what his company is doing and what StartupNation can bring to the table. Very cool. But here’s my question …

What do you wear to a poolside business meeting? Shorts, swimming trunks, snappy casual resort wear? I suppose I’ll go with the resort wear strategy. Hey, the point is, when you’re an entrepreneur you ALWAYS take the meeting and you take it wherever it’s offered. This afternoon it’s at the pool in the Ontario Sheraton. Later tonight it’s at a horse barn north of Santa Barbara – seriously. I guess I’ll grab my boots & blue jeans for that one.

How Does Your Garden Grow: Planting Seeds To Grow Your Business

Running late for the meeting 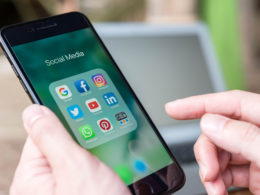 Building a thriving social media presence doesn’t happen overnight, and the most common mistakes revolve around attempting to boost your reach and engagement too quickly. These blunders can cost you followers, customers and credibility. Fortunately, these mistakes are avoidable. Read on to discover how to put your best foot forward as you break into the... 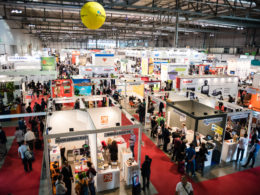 5 Ways to Make Your Trade Show Event Booth Stand Out

Creating a winning trade show stand can be the difference between a lackluster event for your business or a year full of potential leads. Before you can build a rapport with potential customers at an exhibition, you need to first attract them to your stand. Getting your booth to pop amid the competition can feel...