Snapchat: Predictions for Social Startups in 2017 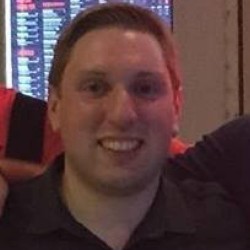 Snapchat has always been seen as the outlier of social media platforms in terms of both user experience and business advertising opportunities. The app initially became all the rage because the content sent through it was only visible for a fixed amount of time, no longer than 10 seconds.

As a result of this setup, users felt extremely confident knowing their content would not live on in perpetuity. But how does Snapchat benefit startups, and what can we expect from it in 2017?

The arrangement of content not being saved to a user’s centralized profile in perpetuity meant that unlike any other major social media platform, advertisers could not gather an understanding of a user’s interest from what they posted. This resulted in limited targeting options for Snapchat paid advertisers. Even more of an anomaly was that Snapchat was extremely selective in who it allowed to advertise on its platform by offering ads only to advertisers who could pony up major dollars.

Finally, Snapchat doesn’t do anything to appease large “celebrity” accounts (or influencers) on its platform the way YouTube, Instagram or Facebook do, further differentiating Snapchat from the rest of the social media herd.

With all of these challenges, the biggest losers are small business owners who can’t tap into any of the potential of the well-known Snapchat paid products because the cost to do an ad buy is too expensive and the targeting is far too limited to be productive.

Not all hope is lost, though. I believe that Snapchat made some strides to cater to small and mid size businesses in 2016, and I am predicting that this will expand in 2017.

The biggest action that Snapchat took to help small and mid-size businesses promote themselves on the platform was opening up the opportunity to sponsor a geo-filter. These filters are sold on a geographic basis and the larger the area you are looking to cover, the higher the cost is. They are also time-billed, which means that having one for a few hours will vary greatly in price from having one year-round.

Related: The Benefits of Snapchat for Business

What are geo-filters and why should your small business care?

When a Snapchat user takes a picture or records a video to post to their story or send to friends, they are given the option to apply a filter (by swiping left or right). These filters offer the ability to do things like brighten the shot or display the current time, altitude, temperature and more. Geo-filters allow the the user to add something to their creation that shows where they are. For example, my neighborhood offers several filters that will let me add creative interpretations of the word “Astoria” or more specifically, “Ditmars-Steinway” to my post.

A sponsored geo-filter uses the same GPS capability that these city filters do, but instead of showing a generic city or neighborhood name, they can show your business name and logo.

You can benefit from this method as an entrepreneur because if someone within the geographic region swipes through the filters, they will at the very least see your sponsored filter much like a banner impression. Depending on the quality of the ad and the relevance to people in that geographic area, the reach and efficacy of it can be improved if people use the filter on their pictures and videos, as this will then be seen by everyone who the post is shared with (possibly all of their friends).

These filters start at just $5 a day and are often in the price range of a small business to get the word out about their local offering.

Outside of just working locally, these filter ads can be used to target people on a national level or in a specific area of the country you don’t normally reach. For example, an ad agency in Los Angeles may target the offices of ad agencies in New York City in an attempt to recruit.

What about Snapchat Spectacles?

Be prepared to see more people interacting with your brand wearing the signature green Snapchat Spectacles. These sunglasses are quietly recording the wearer’s interaction with your business to later be posted on their Snapchat feed. While some may be hesitant of the notion of being recorded, being featured in front of someone wearing Snapchat Spectacles is an exciting opportunity to show your stuff.

As with any kind of Snapchat content, I always advise to make it fun and even a bit more revealing and blemished than other, more polished content channels like Instagram or Facebook. If you see someone rocking the specs, don’t be afraid to be a ham for the cam – it will get people talking about your business.

This year will prove that there’s more to Snapchat for small business than just sponsored opportunities that the platform offers directly. Working with influencers who have large, relevant followings on Snapchat to talk about your brand to their following is going to be even bigger in 2017. Snapchat currently does not regulate these relationships, so as long as your brand is willing to put in the legwork to identify those with large, relevant followings, you may be able to work with them by putting some quality product in their hand in exchange for a mention to their followers.

Author
Michael Pomposello
Michael is a managing partner and co-founder of Blue Polo Interactive, which helps businesses achieve their full online potential by providing an on-demand marketing team to thrive in a multi-platform world. He has been working in digital marketing since 2007.
Comments by Vanilla