The Secrets of a Strong, Successful Cofounder Relationship 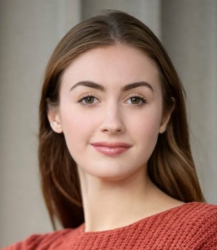 April Miller
April Miller is a managing editor of IT and business technology with more than 3 years' experience in the field. She is particularly passionate about sharing tips and expertise with small businesses and startups.

Starting a company from the ground up is an exciting time. You have an opportunity to build a business from scratch and turn it into a legacy for your descendants. If you’re an entrepreneur working with a cofounder, there are some things you can do now to ensure you have a long-term, successful relationship that brings both your dreams to life.

Zippia took a look at the role of cofounders in U.S. businesses. It found approximately 45,730 people are working as cofounding entrepreneurs, with an average salary of $158.980. Not every startup with two founders succeeds, so taking some time to look at the ones that do can be helpful to newer companies.

The Advantages, Challenges of Building a Multi-Founder Startup

A few names likely come to mind when you think of successful cofounders. Here are some of the more famous ones and what made them the successes they are today.

Gates and Allen were childhood friends. They both loved computers, so it made sense for them to start a computer company together in 1975. Today, Microsoft is worth around $841 billion. Their shared passion and brilliance with computers drove the company’s success.

P&G is worth an estimated $203 billion today. The cofounders started in 1837 when an Irish soap maker and a candlemaker came together to form a single company. Before starting P&G, both men ran their own successful companies, so they had a bit of experience in the business world.

How did a company that started nearly 200 years ago grow to the massive enterprise it is today? The two men put their own needs aside and put the company first. They were both all in, even selling personal assets to build factories and move the business forward.

Ben & Jerry’s, which was founded in 1978, is arguably one of the most loved ice cream companies of all time. It sold for about $326 million around 22 years ago. The secret to their success is keeping their salaries low and not making millions more than their lowest-paid workers. They committed to never paying anyone more than five times that of the lowest-paid person in their company.

The Cofounder Prenup and Why Your Startup Needs One

Some of the biggest issues between partners can be due to finances. Cash flow is often a problem for small businesses in the beginning years, so keep your expenses as low as possible.

For example, around 80% of an office space’s costs are rent, so figuring out how to cut corners might involve some creativity. Agree on how much you’ll spend in different categories to keep you and your cofounder on the same page.

Hard feelings will take root if one founder puts in all the effort while the other doesn’t. There may be times when someone has extenuating circumstances. For example, if one founder has a parent who is dying, they may need more time away from the company.

How can you handle situations so the division is fair and both people remain happy with the partnership? Talk out problems before they occur and agree to a strategy that works for the founders and employees, such as specified leaves of absence and how they’re handled regarding pay.

Secret #3: Reinvest in the brand

People tend to care about what they invest their time, money and energy into. Agree on how much of your profit you’ll reinvest into the company. Do you want to build a legacy for future generations? You might be a bit more aggressive with your financial strategies.

Writing out your plans for all the little parts of running a business prevents misunderstandings later. You don’t want one founder to think you’ll take no salary the first six months when the other needs one to survive.

Successful cofounders tend to talk every day for at least 15 to 30 minutes about business matters. Make sure you’re both on the same page and go over any major decisions or upcoming milestones.

Forbes reported on a study conducted by Noam Wasserman of 10,000 companies for his book “The Founder’s Dilemma.” He found high-potential startups fail 65% of the time due to personal tensions between founders.

It’s easy to get sidetracked in the busyness of day-to-day operations and forget to talk to your partner. Be intentional about communication.

Be open to changing roles as the company grows. Managing 500 employees is quite different from two friends in a garage packaging up orders to ship out. The founders shouldn’t try to do everything they did in the first days of building their company.

Instead, hire people to take on some of the tasks the founders once did or bring in additional team members to help manage day-to-day operations.

Pete Flint, one of the cofounders of Trulia, shared his pyramid for cofounder success to ensure you build trust among your founding team and stay on the same page. Down the center of the pyramid are some core values and elements you must discuss to ensure gains.

You’ll want to hammer out how you’ll engage in transparent communication and do so frequently. Establish ownership, who has the final say and how assets get divided. Make sure your visions align. What do you both want to see for the company?

Operating modes allow you to reinforce the core principles and failure modes work against your objectives. Flint points to the importance of high-quality and frequent communication to ensure success.

Most cofounders share a history and have a story. Two people have to like each other to develop a business idea, move mountains to get the company started and see a vision for the future. Spend time talking about your story and how you’ve conquered your mutual dreams. Take a mini-retreat together, have backyard barbecues with one another’s families, meet daily and chat about plans for the future.

Building a long and successful cofounder relationship is very similar to strengthening any other type of bond. You need to have memories to draw on to get you through the hard times and the ability to understand challenges require pivots. With a little focus, agreement on handling stress and thoughtfulness, any business with two or more founders can find success.

Author
April Miller
April Miller is a managing editor of IT and business technology with more than 3 years' experience in the field. She is particularly passionate about sharing tips and expertise with small businesses and startups.
Comments by Vanilla