Tip Sheets: One of the Most Effective Publicity Tools

Kick start your publicity and public relations campaigns using tip sheets, one of the less well known tactics at your disposal. 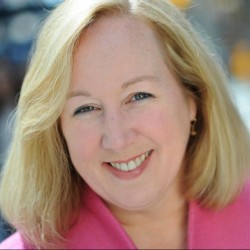 Marcia Layton Turner
Ghostwriter and Content Creator at Layton & Co., Inc.
Marcia Layton Turner runs Layton & Co., Inc. and the Association of Ghostwriters and is a member of the advisory board for WomensNet.net, which awards monthly grants of $10,000 to aspiring and established women business owners, as well as an annual $25,000 grant to one of the prior 12 winners.

The Most Important Publicity Tool: YOU!

Daren Hornig was becoming increasingly frustrated in 2006 with the never-ending stream of articles warning of the coming real estate crash. As president and CEO of The Quest Group, a commercial brokerage firm in New York City, he didn’t agree that a reversal was looming. And he wanted to find a way to curb the negative press that was dampening the local market.

Although there were a number of marketing tactics he could have chosen, Hornig went with a little-known publicity tool called a tip sheet, a form of news release that looks like a bulleted article.

In his tip sheet, Hornig asserted that while real estate growth might be slowing, it certainly wasn’t plummeting. He followed that with 12 bullet points supporting the claim. His public relations firm then e-mailed the tip sheet to key real estate editors at consumer, trade and online publications.

Over the next few weeks the information from the tip sheet, quoting Hornig, was picked up by Real Estate Weekly and a half-dozen other media outlets. More importantly, the pessimists quieted down.

Publicity experts say such success isn’t at all unusual, and that media coverage is almost certain when a tip sheet is issued. “They are probably one of the most valuable publicity tools a small business can use,” says Sandra Beckwith, author of Streetwise Complete Publicity Plans: How to Create Publicity that Will Spark Media Exposure and Excitement (Adams Media, 2003, $19.95).

Despite extremely high success rates with tip sheets, fewer than five percent of businesses ever use them. Why? Because they’ve never heard of them. To many reporters and other journalists, however, they’re pure gold, and likely to lead to publicity.

How to Format a Tip Sheet

To create your own tip sheet, start by assessing the types of problems your customers often express. What questions are you forever asked, or what kinds of mistakes do your clients frequently make? Those are the perfect starting points for a tip sheet, which should follow this format:

Using the “Side Door”

S. Neil Vineberg, president of Vineberg Communications, a Westhampton, New York public relations firm, produced one tip sheet for a client that resulted in an estimated $20,000 worth of publicity – at a cost of just $1,500.

Vineberg first distributed the tip sheet electronically, then followed up by targeting journalists who he learned might be planning stories on online dating. The follow-up paid off with a quote on ABC News. The original tip sheet also yielded coverage in a major national women’s magazine, two daily newspapers, a trade journal for online dating and one or two others, he says.

While press releases and other marketing tools are what Vineberg terms “head-on” tactics for pursuing publicity, preparing a tip sheet is more the “side door approach.” That may explain why they’re so effective – the side door is almost always open.

Marcia Layton Turner is a frequent contributor to StartupNation.com.

Author
Marcia Layton Turner
Marcia Layton Turner runs Layton & Co., Inc. and the Association of Ghostwriters and is a member of the advisory board for WomensNet.net, which awards monthly grants of $10,000 to aspiring and established women business owners, as well as an annual $25,000 grant to one of the prior 12 winners.
Comments by Vanilla